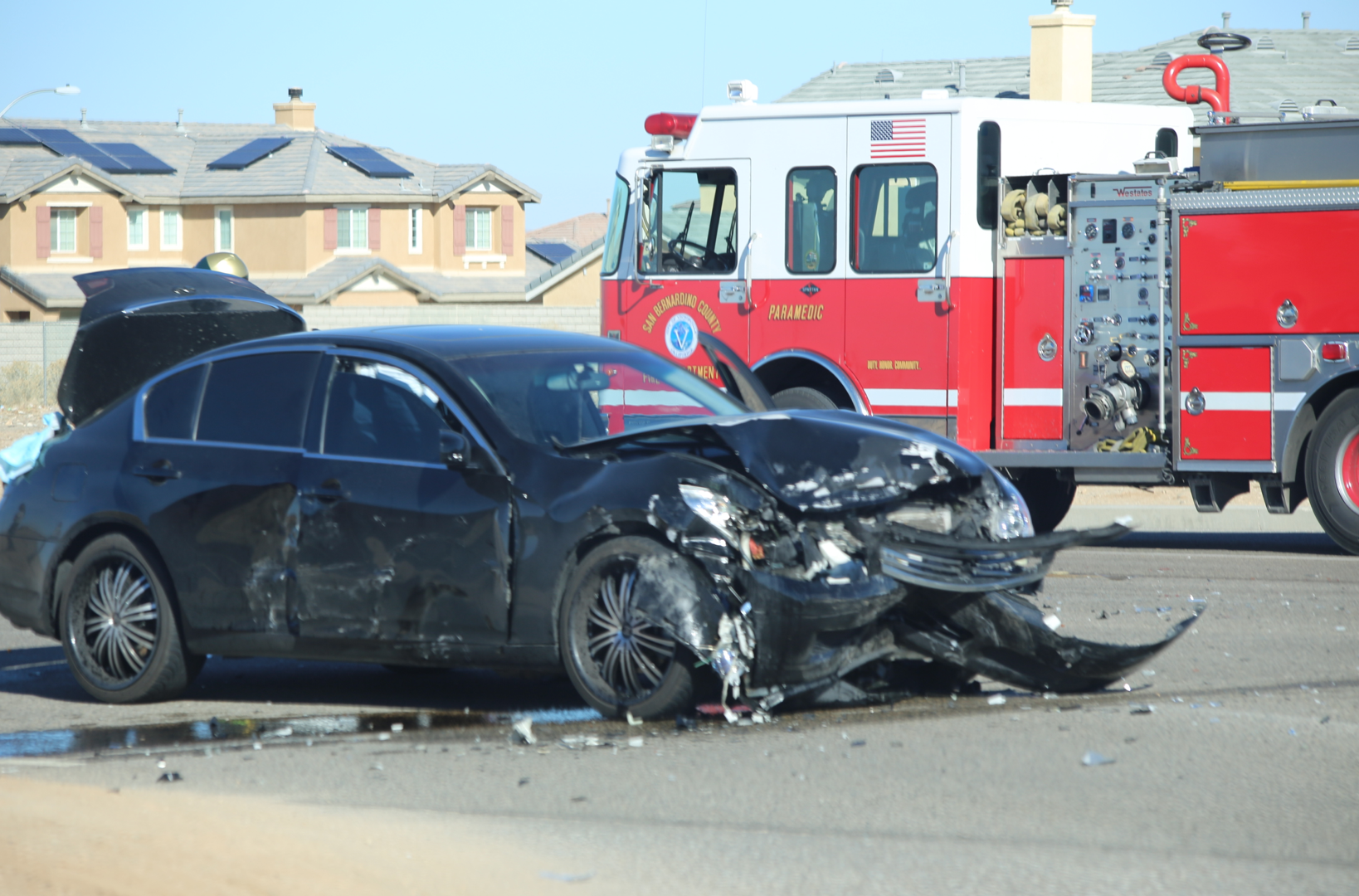 For unknown reasons a black Nissan Maxima and a gold Toyota Camry collided near the intersection just after 1:45 p.m. on Monday.

The driver of the Camry required extrication from the vehicle due to having his leg pinned by the driver side door panel. The driver was transported via airship to an out of area hospital.

Although the Nissan sustained most of the damage the male driver did not suffer any injuries.

An investigation will determine the exact cause of the accident. The roadway remained opened as officers helped direct traffic around the accident.

Local residents in the area say they would like to see a traffic signal installed at the busy intersection. A collision involving an SUV that collided with a school bus took place in the same intersection last Thursday.