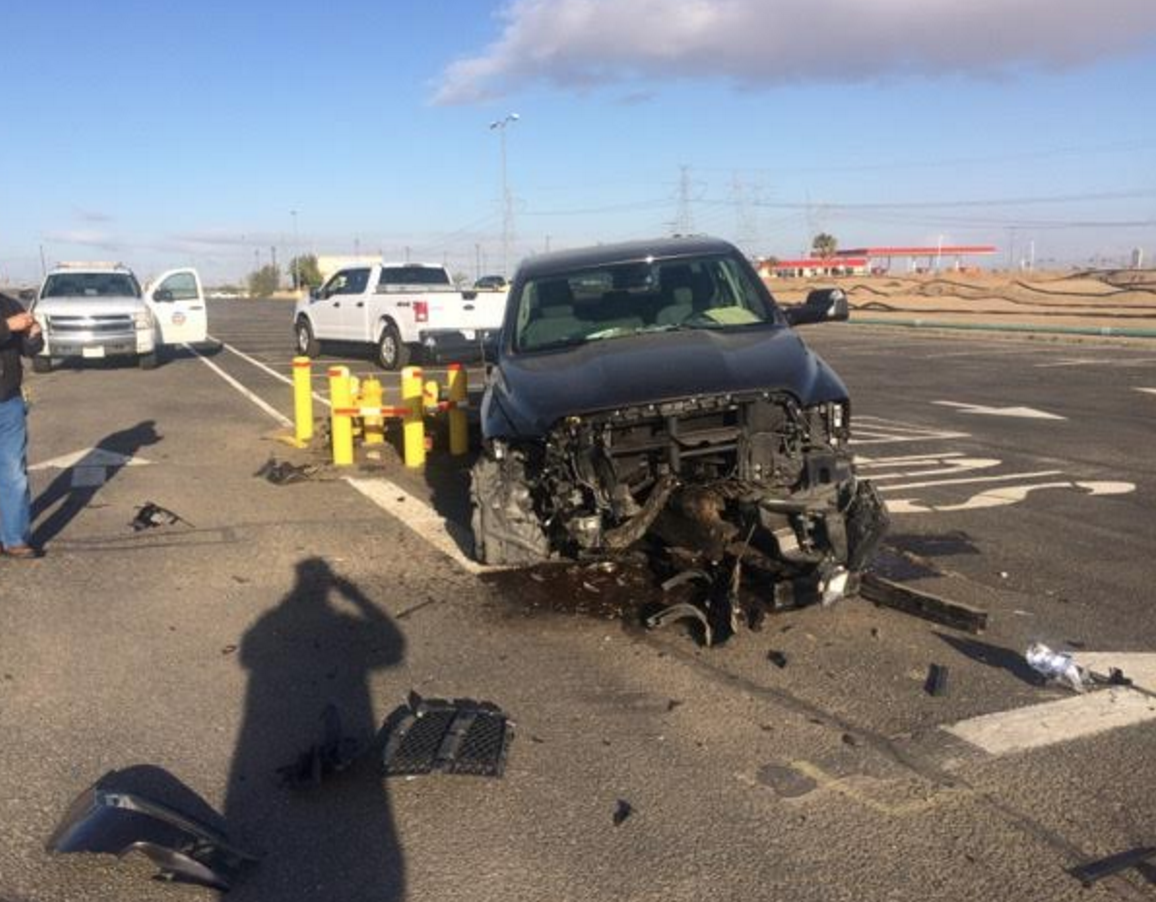 ADELANTO-(VVNG.com): A sole occupant of a black Dodge Ram truck was spared any major injuries early Tuesday morning after colliding into bollards in the Maverick’s Stadium Parking lot. Bollards are short vertical posts that are used to protect structures or objects from damage from moving vehicles.

These bollards protected a fire hydrant from damage when a 5000-pound truck collided into them. “When you look at the damage to the truck, it’s hard to imagine that two steel bollards could withstand the force of a moving truck,” said Michael Stevens, Communications Consultant for the City of Adelanto.

“The cost to replace the bollards is estimated to be $600,” said Stevens.  Although Adelanto hydrants do have a shut-off valve to stop water if damage to the hydrant should occur, the cost of replacement could have been about $2500 if the hydrant was destroyed, Steven’s said. A potential disaster was averted because if the hydrant had been sheared off obviously it couldn’t be used for fire suppression if needed until it was replaced,” said Stevens.

Steven’s said that the driver only had a cut to the face, which he was transported to a local hospital for treatment for then released.

The cause of the collision  is believed to be the glare from the sun blinding the driver so he did not see the bollards before hitting them.