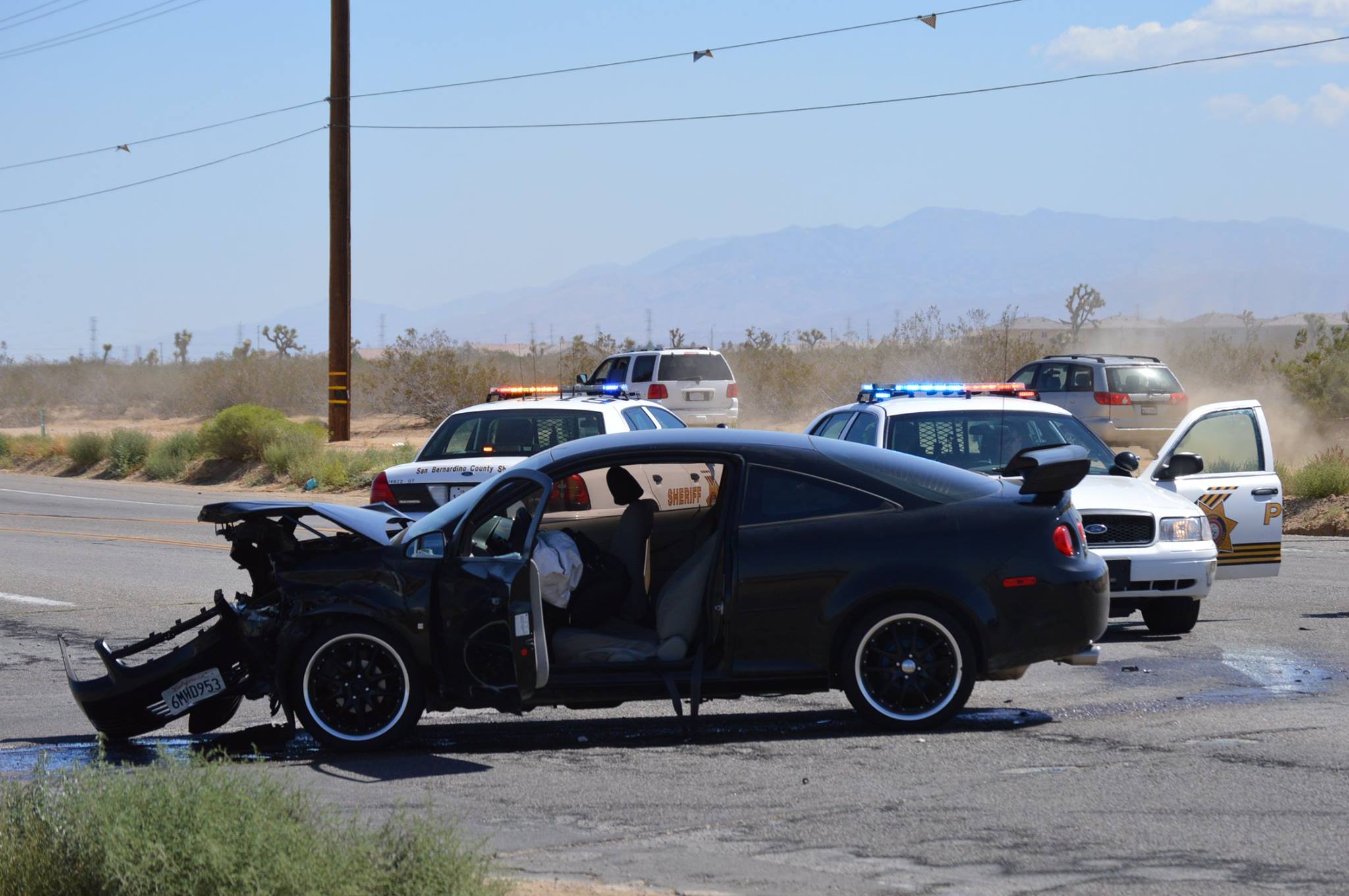 ADELANTO-(VVNG.com): On Wednesday afternoon police responded to a report of a major damage traffic collision on Palmdale Road just west of Bellflower Road.

Per scanner traffic, San Bernardino County Sheriff’s deputies from the Victorville station were the first to arrive on scene requesting Adelanto station deputies and AMR. The white 2008 Toyota Avalon and black 2006 Chevrolet Cobalt rested on opposite sides of the roadway, both with major front end damage.

The driver of the Avalon was transported by ground ambulance for a complaint of pain. Both vehicles were towed from the scene.

San Bernardino County officials from the Adelanto Station said that the collision is still under investigation and there is no further information available at this time.