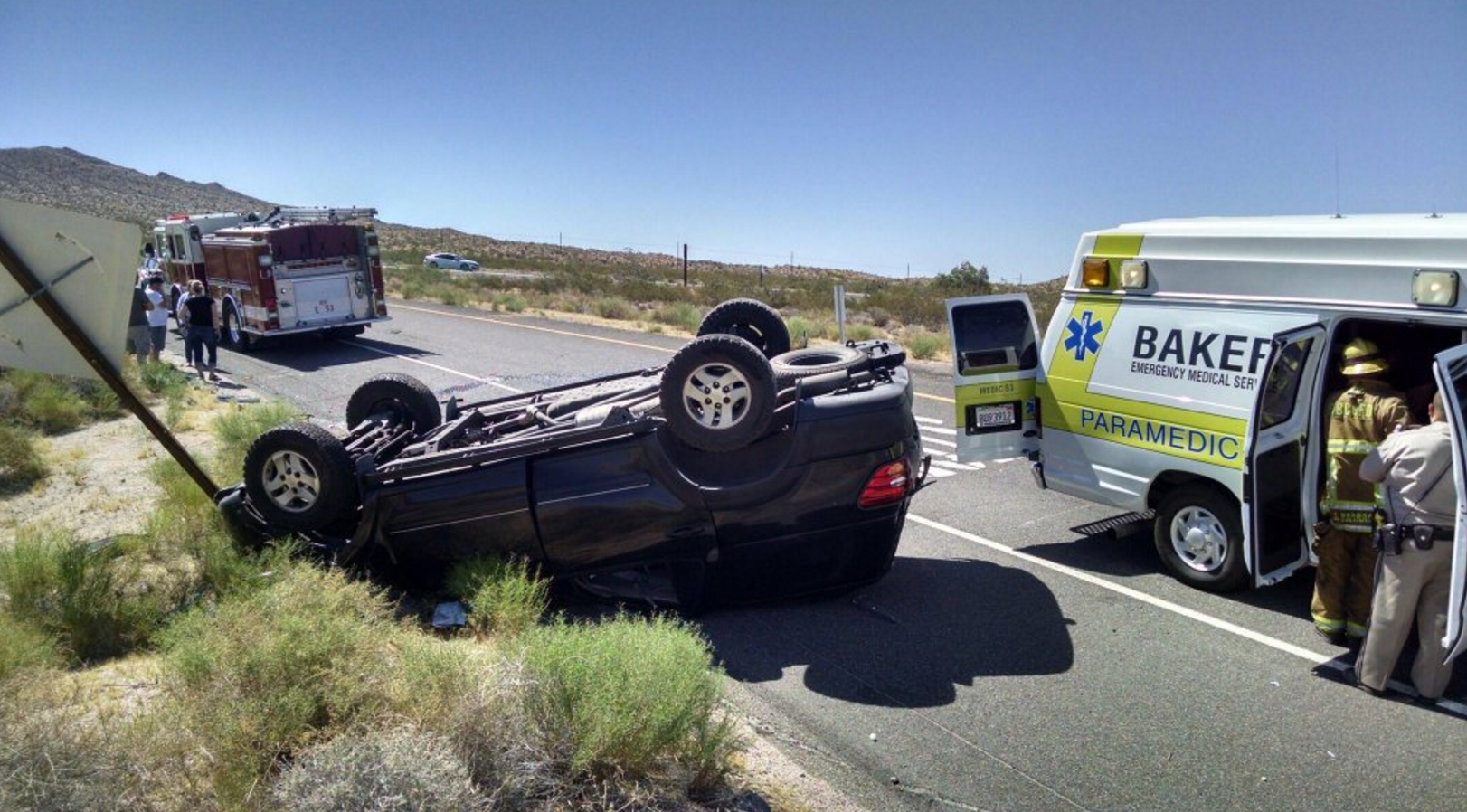 BAKER– (VVNG.com): The driver of an overturned vehicle was injured after the single-vehicle traffic collision on the 1-15 south Sunday morning.

At around 9:15 a.m. witnesses said that a black Toyota Sequoia was using the center divider to pass traffic when the driver lost control causing the vehicle overturned near the southbound Halloran Springs offramp.

Although the overturned vehicle was not blocking lanes, traffic speeds were reduced while emergency crews responded.

The driver was transported to Barstow Community Hospital with undisclosed injuries. No other injuries were reported as a result of this collision.