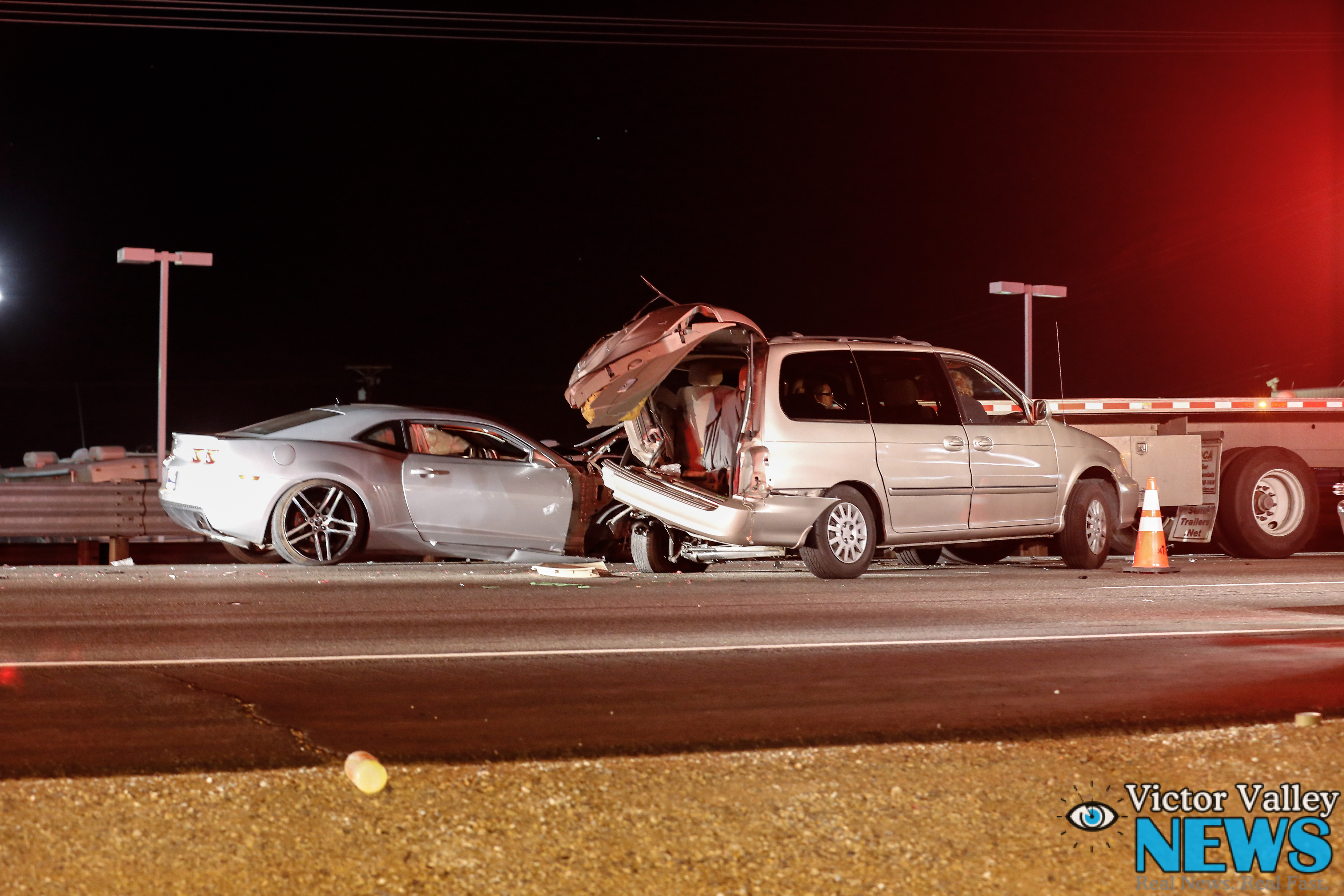 VICTORVILLE:(VVNG.com)- A man was transported to a local hospital following a crash that temporarily shut down the southbound 15 freeway on Wednesday night.

The multi-vehicle crash involving a tractor-trailer, a silver Camaro, and a Kia Sedona minivan was reported at 10:58 PM, about half a mile south of Bear Valley Road.

The crash halted traffic on the southbound 15 freeway for approximately 20 minutes. Prior to the collision, the two right lanes were closed due to pavement rehabilitation and light striping.

According to Officer Grieve with the California Highway Patrol, the driver of the Camaro struck the rear end of the Kia Sedona and pushed the van into the back of the tractor-trailer. The minivan sustained major rear-end damage and the Camaro sustained major front end damage.

Officer grieve’s stated, the driver of the Camaro is believed to be at fault. “The preliminary cause is listed as unsafe speeds for conditions,” said Grieve’s.

The driver of the Camaro was transported to a local hospital with the complaint of pain.

The tractor-trailer combination was driven from the scene with only minor damage and the other two vehicles were towed.