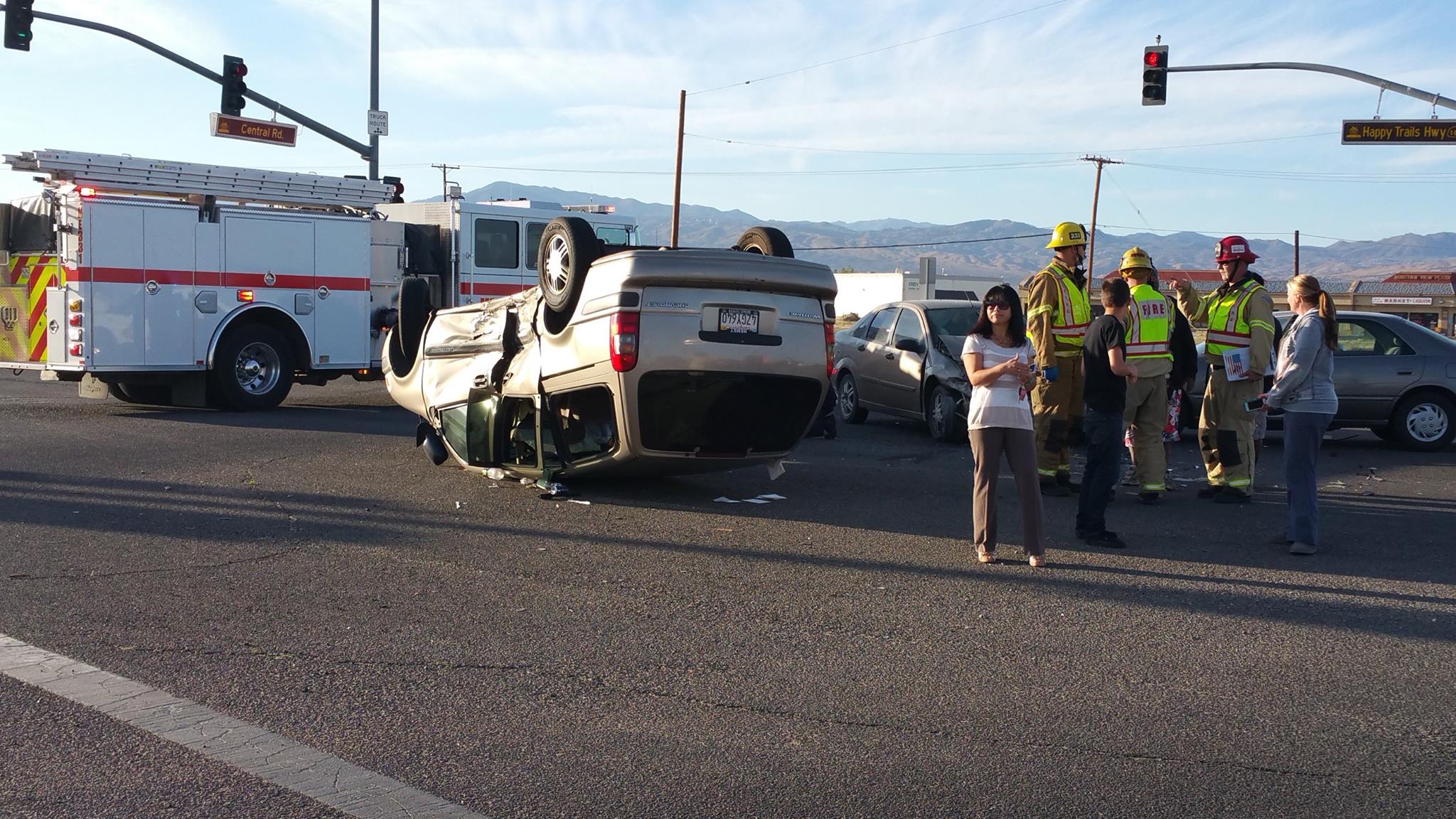 The vehicles involved included a Chevrolet Van, a Toyota Camry and a Ford Focus.

According to Sheriff’s Spokesman Trish Hill, the adult female driver of the Ford Focus was traveling westbound  on Highway 18 and ran the red light at Highway 18 and Central Road. The driver collided with a Chevrolet van, who was attempting to turn left on Central road from Highway 18. The van driver carrying a male adult and male juvenile rolled over as a result of the impact. A Toyota Camry, occupied by a 17-year-old female was also involved in the collision as she was attempting to turn left from Highway 18 to Central Avenue.

The driver of the Ford Focus was transported to a local hospital with the complaint of pain. No other injuries were reported as a result of this incident.