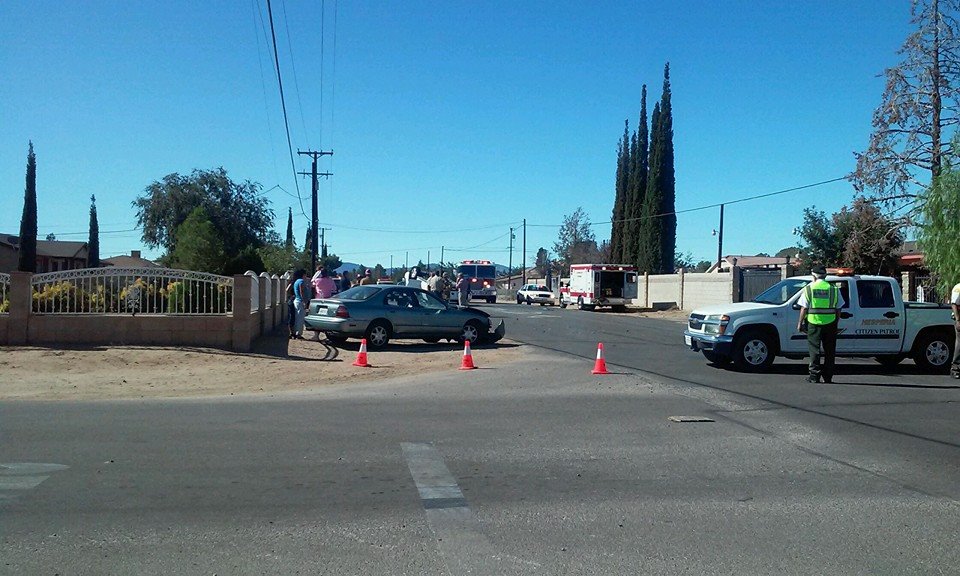 HESPERIA: A two vehicle traffic collision was reported near the intersection of Balsam Avenue and Mesa Street on Thursday afternoon.

[googlemap src=”” align=”alignright” ]According to San Bernardino Sheriff’s Department Kevin McCurdy, a four-door Honda was traveling eastbound on Mesa Street and failed to yield at the intersection.

A white Chevy Tahoe was traveling south doing approximately 40 mph prior to the collision. After the collision the Tahoe lost traction, started to rotate eventually landing on its roof.

The driver of the Tahoe complained of minor pain and was transported to a local hospital by ground ambulance.