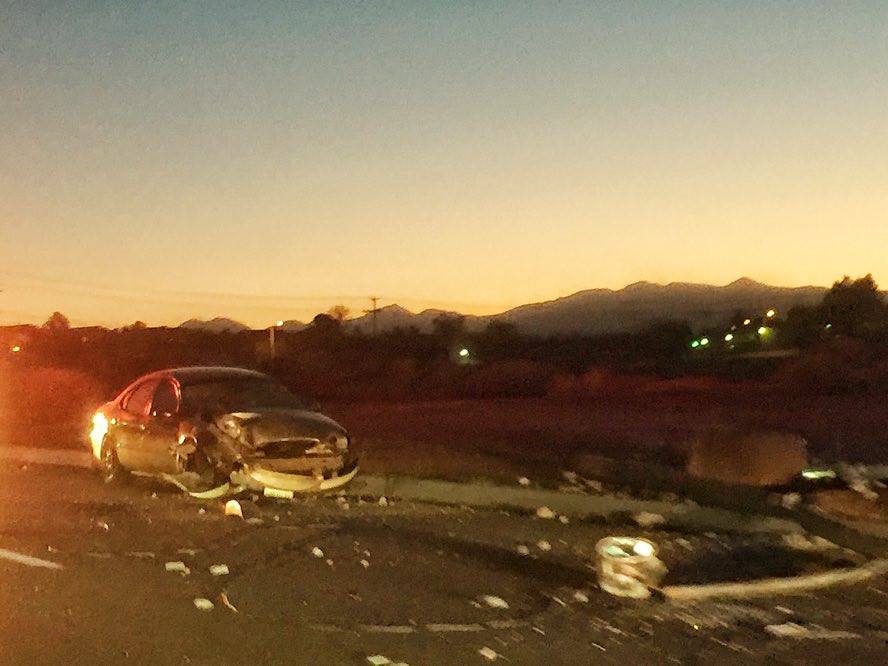 VICTORVILLE-(VVNG.com): At about 5:03 p.m. on Monday evening, a gold sedan crashed into a utility pole on Hesperia Road just north of Seneca Road. Per scanner traffic minor injuries were reported, but witnesses said the female driver declined transport.

San Bernardino County Sheriff’s deputies on scene called for Southern California Edison to stop power to the pole that had wires exposed at both the base and in southbound Hesperia Road lanes.

There were no other injuries reported as a result of the incident, the cause of the collision is still under investigation.