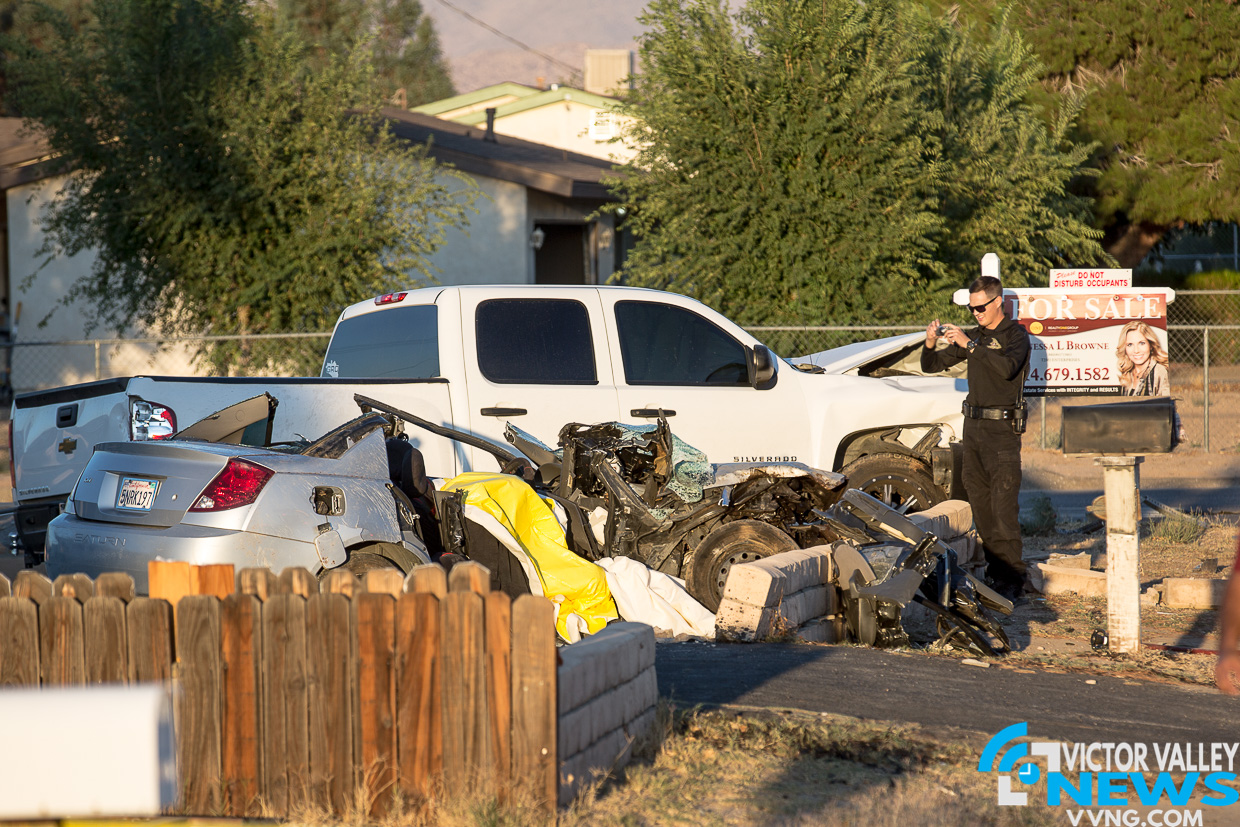 UPDATE 9/19 @ 10:00 PM – The second person in the Saturn, a female, was transported to a local hospital where she succumbed to her injuries Tuesday night. Information will be updated as it becomes available.

The accident was reported just before 6:00 p.m. at the intersection of Sitting Bull and Tamiani Roads and involved a white Chevy pickup truck and a silver Saturn Ion.

According to Lieutenant John Ades of the Apple Valley Sheriff’s Station, the Saturn was traveling northbound on Tamianni Road when it failed to yield for the posted two-way stop sign, that’s when it was T-boned by the pickup truck that was traveling westbound on Sitting Bull Road.

The impact caused the sedan to overturn multiple times, trapping the passenger who later died at the scene. The female driver of the Saturn was transported to an unknown hospital, and according to witnesses she was unresponsive.

The driver of the pickup truck was transported to a hospital and was alert and talking to emergency personnel, but was also in critical condition.

Daniel Gaitan lives near the intersection where the accident occurred and was outside in his front yard with his daughter. He said he witnessed the Saturn pass by his home and he noticed the two occupants laughing and enjoying themselves seconds before the crash.

“They were happy, they were playing around. I seen them and said “wow, they’re having a good time,” Gaitan said during an interview with Victor Valley News. Gaitan said he had no idea that seconds later he would witness the deadly aftermath.

Another witness, Joe Serrano, said he and some other Good Samaritans helped flip the Saturn back on it’s wheels and then followed the orders that 911 dispatchers provided to them, which included ways to control the bleeding of the female driver, Serrano said.

The crash is currently under investigation by the San Bernardino County Sheriff’s Department. The surrounding streets are expected to remain closed for several hours.

Related Topics:Fatal Accident
Up Next