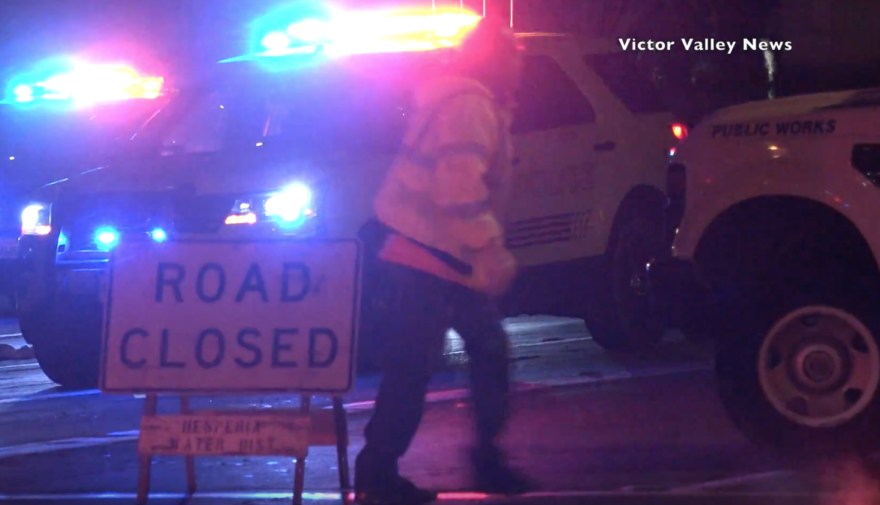 The female driver of the minivan was traveling eastbound passing Custer Avenue on SR 18 when the pedestrian, a white adult, was struck.

The pedestrian was pronounced deceased on scene. His identity is not yet known, but witnesses described him as a white male adult who appeared to be in his mid-thirties.

Following the impact, the driver of the van reportedly lost control and rolled the vehicle several times.

The driver was ejected from the vehicle and sustained major injuries. She was airlifted to a trauma center.

Three other people inside the van, including a baby, were transported with non-life threatening injuries to a hospital.