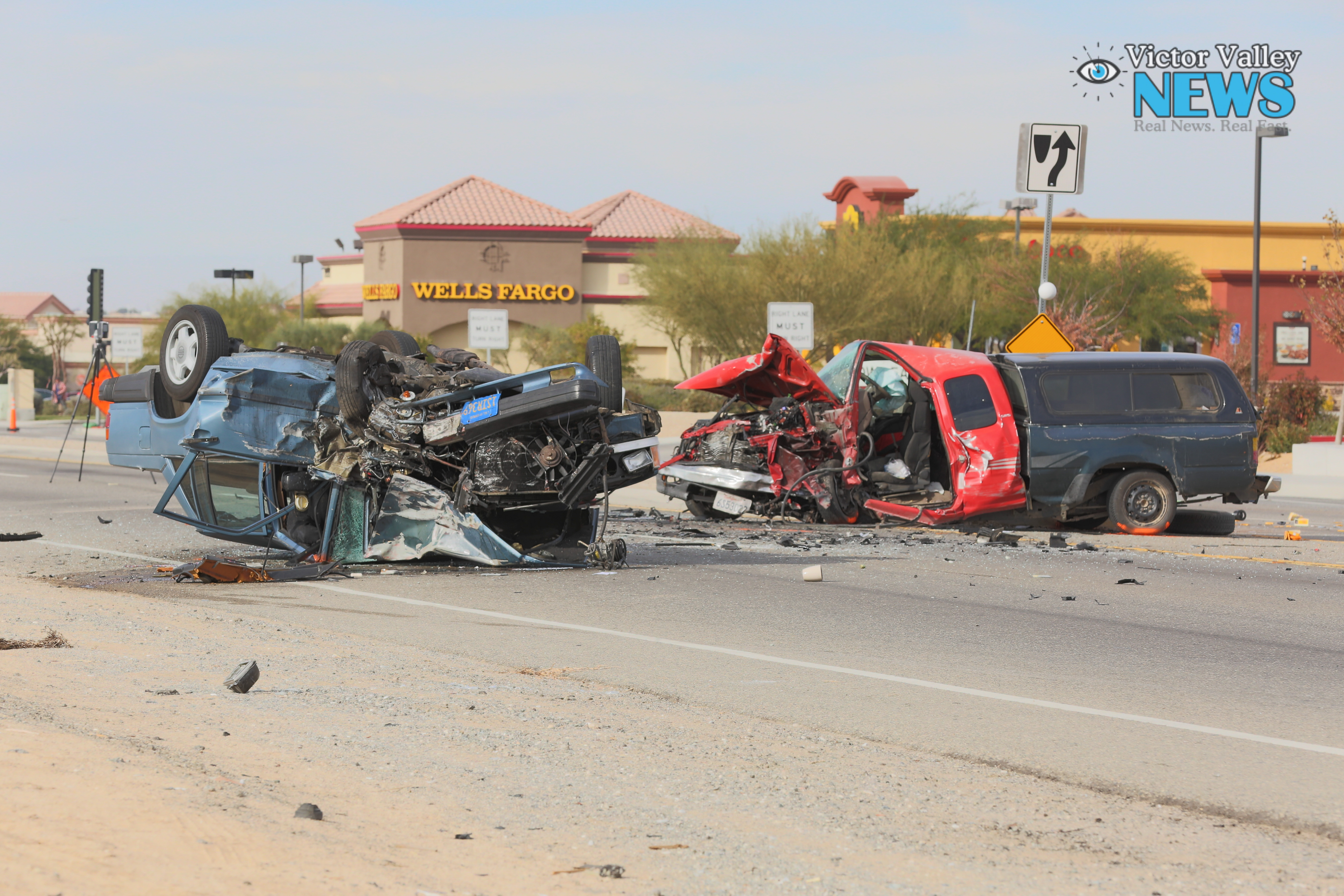 The two-vehicle traffic collision was reported just after 6:30 a.m. on Bear Valley Road in front of the Sonic Drive-In restaurant, just east of Apple Valley Road.

An older model Toyota Tacoma and a Volvo sedan both sustained major damage, with the impact causing the Volvo to overturn.

When the fire department arrived on scene they immediately pronounced one person deceased. The second driver was taken by ground ambulance to Desert Valley Medical Center where they also died from their injuries, Sheriff’s Spokeswoman Trish Hill confirmed through a phone conversation.

K. Morrison, 31, of Apple Valley said he heard a “loud bang” and immediately headed to the scene to make sure it wasn’t his dad. “I noticed they were  performing chest compressions on the man they pulled out from the car.”

The accident prompted the immediate closure of Bear Valley Road between Apple Valley Road and Deep Creek Road, which is expected to remain closed until approximately 12:30 p.m., Hill stated.

The cause of the collision remains under investigation. More information will be updated as it becomes available.