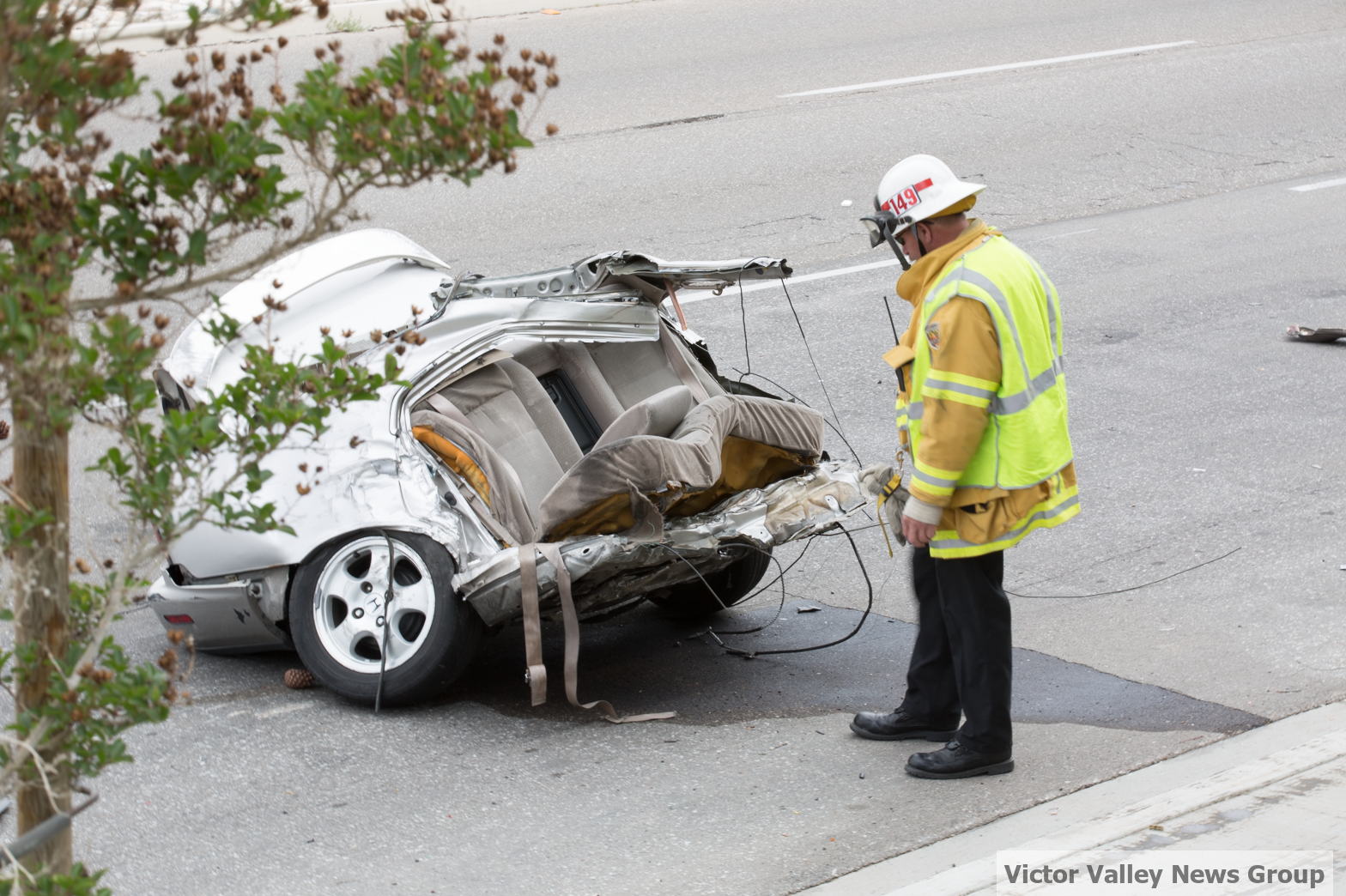 VICTORVILLE: The San Bernardino County Sheriffs are  investigating a major traffic accident at the intersections of Diamond Road and Mojave Drive in Victorville involving two cars that collided on Monday  May 5,  shortly after 10:00 a.m, leaving one person dead.

According to an eye-witness on scene, a male in a black Lincoln Sedan was traveling east bound on Mojave Drive when he struck a Honda that was attempting to make a left hand turn onto Diamond Road from west bound Mojave.

The impact was severe enough to split the Honda into three pieces. “I looked in my rear view mirror and saw the car explode and debris everywhere. The black car was going at-least 70 miles per hour and caused the other car to slam into the light post and explode into pieces”, stated the witness.

Several residents who live on Diamond Road described hearing an explosion and felt their house shake as a result of the accident.

The parents and brother of the victim driving the black Lincoln Sedan ran on scene after realizing it was their relative involved in the collision. The family stated that their relative was on his way to work at the local In-N-Out to begin his shift.

The unidentified victim in the black Lincoln Sedan was airlifted to Arrowhead Regional Medical Center by Air Ambulance Mercy Air 2 with unknown injuries.

The driver of the Honda was declared deceased on scene, and the identification will be released pending notification of next of kin. 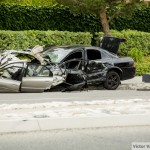 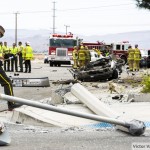 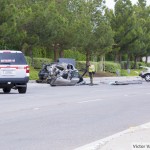