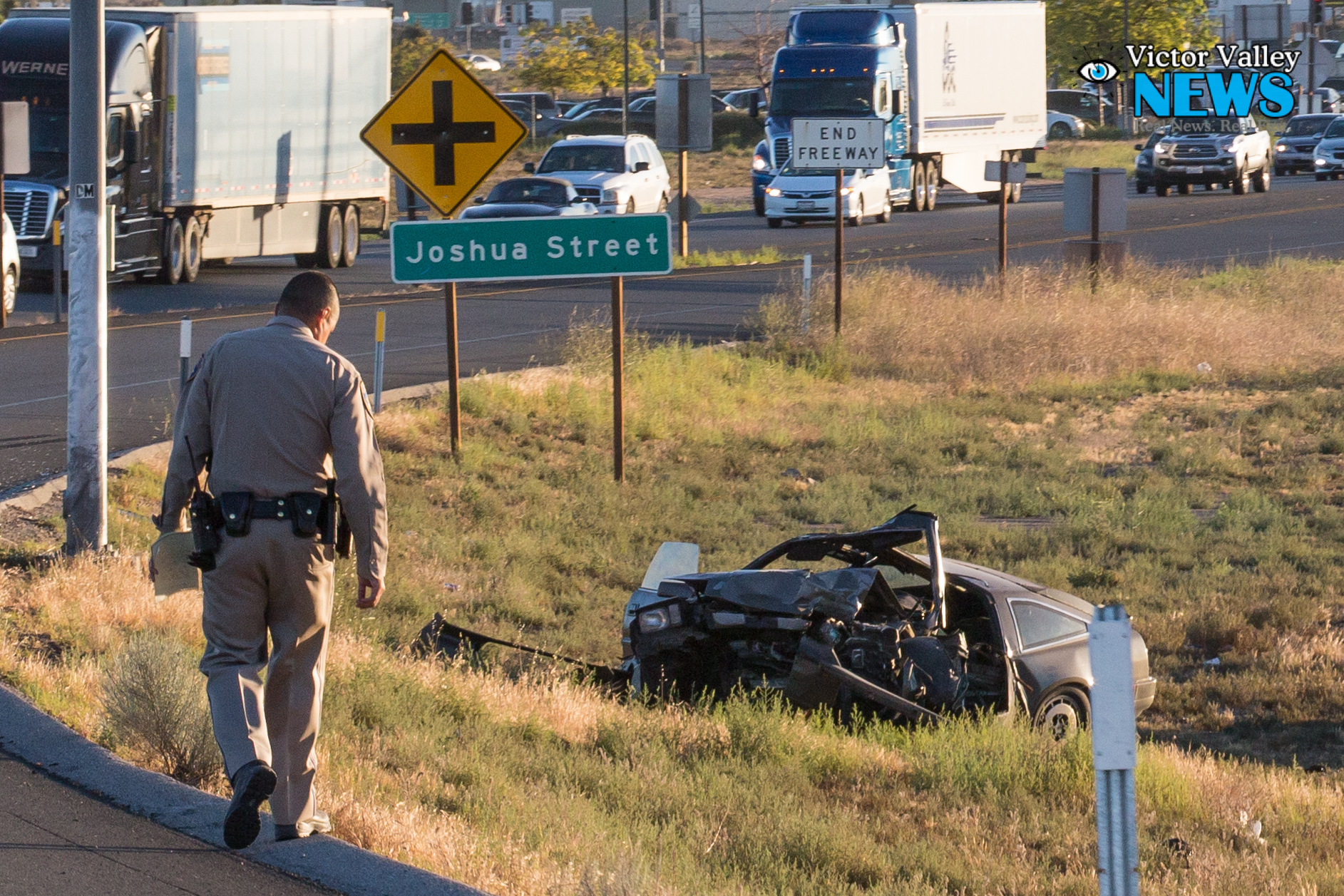 HESPERIA:(VVNG.com)- San Bernardino County Fire was dispatched to a report of a single vehicle rollover at about 5:20 AM, on Tuesday, June 14th, 2016.

Upon arrival, firefighters located a single vehicle with major damage on the northbound 15 freeway Joshua Street off-ramp to U.S. Hwy 395.

According to Public Information Officer Matt Hunt, based on the officers on scene investigation, this collision occurred when the driver, Andres Perez of Victorville, allowed his Grey 1986 Nissan 300 ZX to veer off the roadway to the east.

Authorities said the Nissan continued off the roadway until striking a flashing yellow, warning light signal pole. Perez was not wearing a seatbelt.

The cause of the accident remains under investigation by the Victorville California Highway Patrol.

There are currently no known witnesses to this collision. The California Highway Patrol is requesting anyone who may have witnessed this collision to contact Officer Poulsen # 17775 of the Victorville CHP Office at (760) 241-1186.