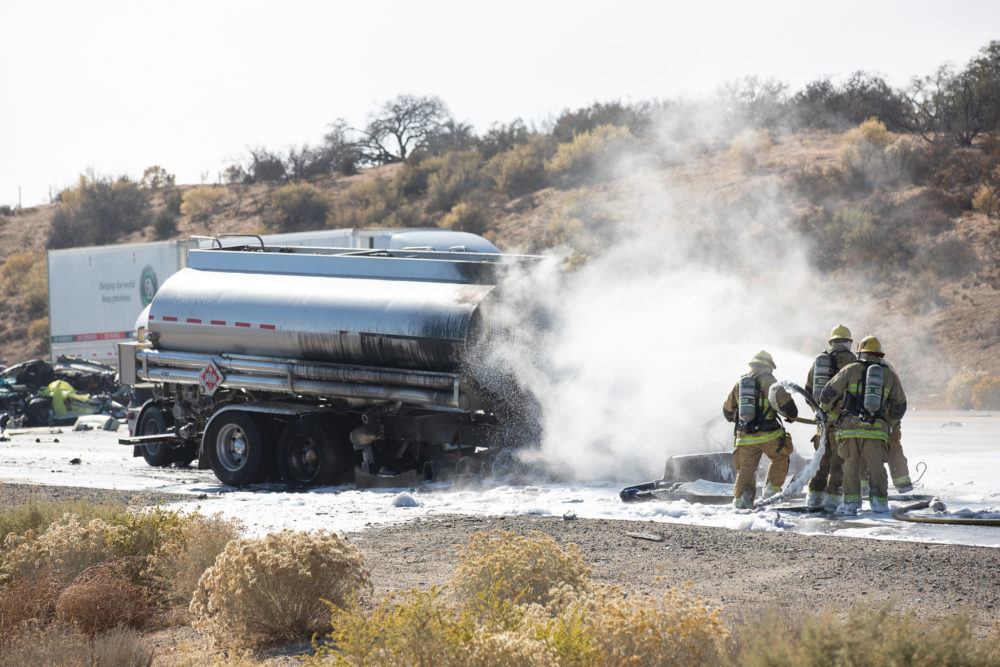 HESPERIA, Calif. (VVNG.com) — One person is dead following a crash on the 15 freeway that involved a tanker truck and a sedan in Hesperia Saturday.

The California Highway Patrol and San Bernardino County Fire were dispatched at about 11:47 a.m. for reports of a silver 2004 Subaru WRX that had crashed with a tanker truck on the northbound 15 Freeway, just south of the Oak Hill Road off-ramp.

When emergency personnel arrived on scene, they located the sedan with major damage and one person deceased inside the vehicle.

The cab of the tanker truck was fully engulfed with fire and flames. The driver of the truck was outside the truck and lying on the shoulder of the freeway surrounded by Good Samaritans.

The CHP incident logs stated that the driver of the blue Subaru was driving at a high-rate-of-speed along the right shoulder of the freeway just before the crash.

Officials issued a Sig-Alert for the incident. All lanes of traffic are closed except for the #1 lane of traffic (AKA the fast lane.)

There is no official word on how long it will take for the freeway to reopen. A Hazmat team has also been called to the scene determine what chemicals the tanker was carrying. 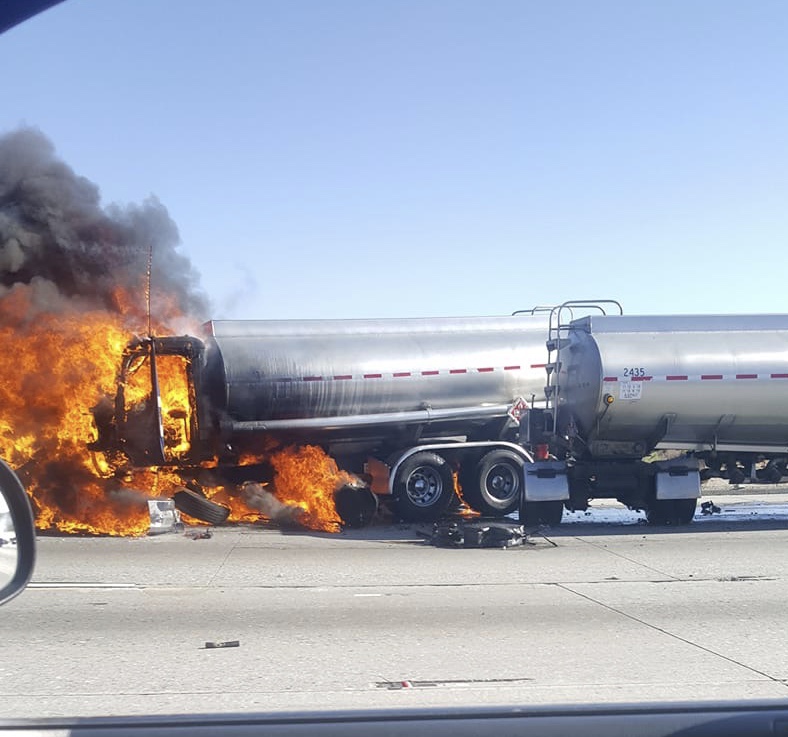 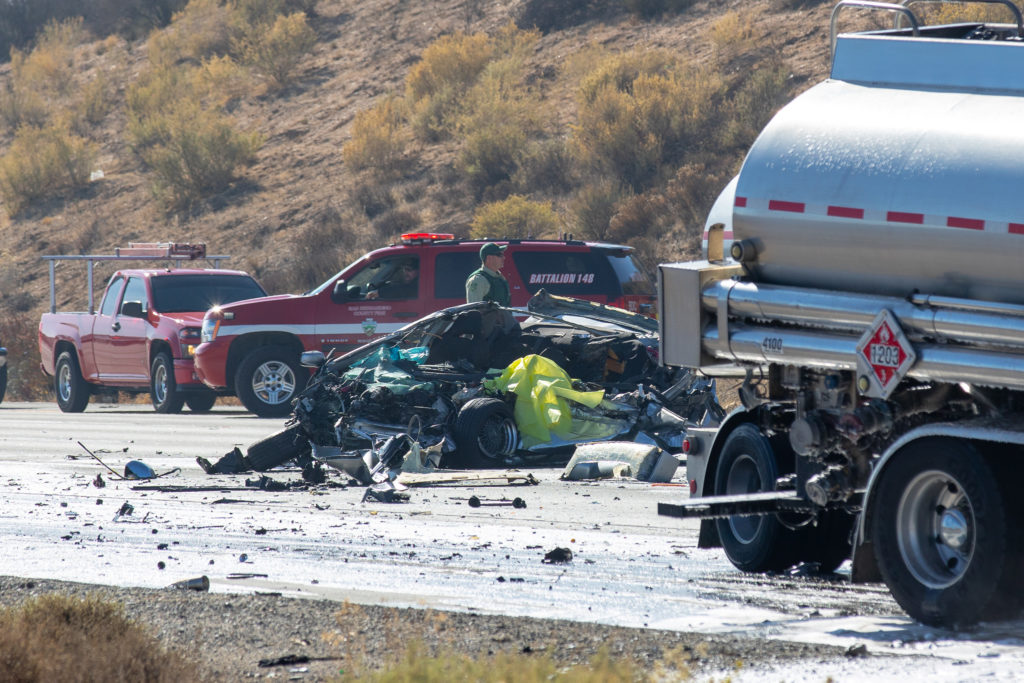 Related Article:
Driver, 22, killed on I-15 Freeway in Hesperia may have been suicidal