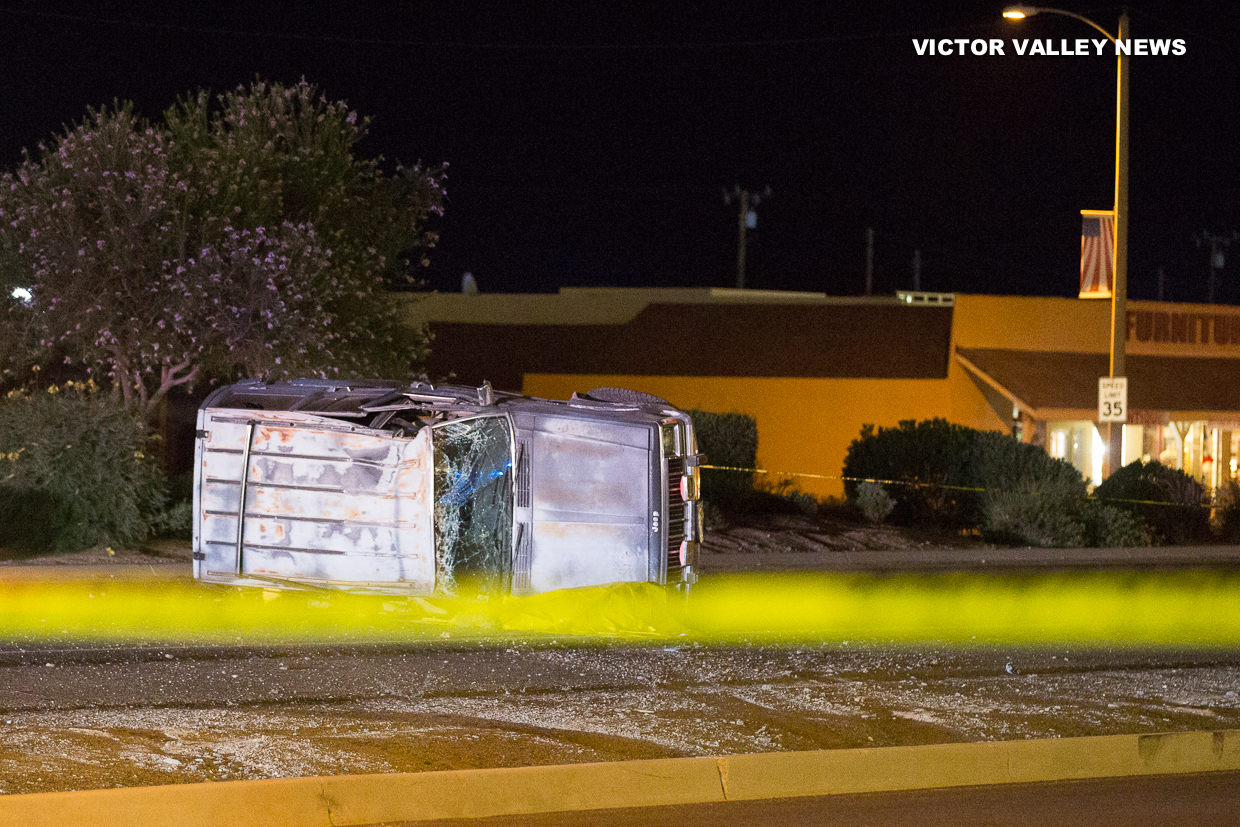 APPLE VALLEY, Calif. (VVNG.com) — Authorities are searching for two men who fled the scene of a fatal crash in Apple Valley Saturday night.

The crash happened at about 10:10 p.m. on Highway 18 in the eastbound lanes just east of Navajo Road near the Bank of America. It involved a 1989 Jeep Cherokee that was overturned in the roadway with major damage.

One man was pronounced deceased on scene, and witnesses told Apple Valley Police that two men ran from the vehicle, but description of the suspects were not immediately available.

Eastbound Highway 18, including Outer Highway 18, will be closed for at least 6 hours while authorities investigate, per officials on scene.

This is a developing story, more information will be updated as it becomes available.