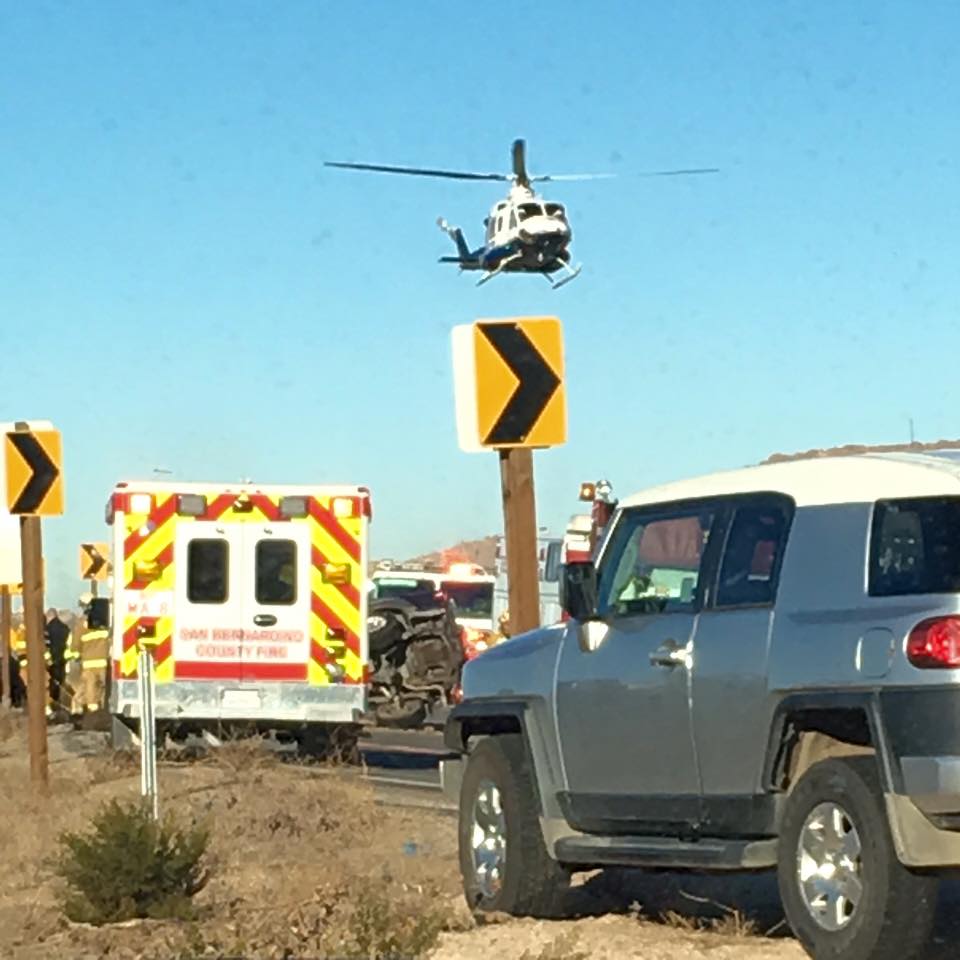 APPLE VALLEY-(VVNG.com): One woman is dead and two were airlifted with severe injuries after a two vehicle traffic collision. The California Highway Patrol and

Fire officials were dispatched to a major traffic collision on December 15, 2015 at about 7:51 a.m. on Highway 18 near Lovelace Canyon Road.

The traffic collision involved a 4-door Subaru Legacy and a blue Ford Ranger. “The truck hit a smaller car head on with a mom and child. Mom had no pulse and little boy was airlifted,” said Terra White. The Ford truck was driven by an off duty sheriff in uniform. Fire department is using jaws of life to get him out.”

CHP officials said that the driver of the Ford Ranger that was traveling westbound when for reasons still under investigation, he lost control of his vehicle and went into eastbound lanes. The truck collided head-on with the eastbound traveling Subaru.

Due to the severity of the collision and to assist in the investigation, a hard road closure is in place at Bear Valley Road/SR-18 for an unknown duration according to CHP officials.

The name of the deceased woman will be withheld pending notification to next of kin by the San Bernardino County Sheriff’s Deputy Coroner. The CHP is requesting that anyone that may have witnessed this collision to contact the Victorville CHP office at (760)241-1186.