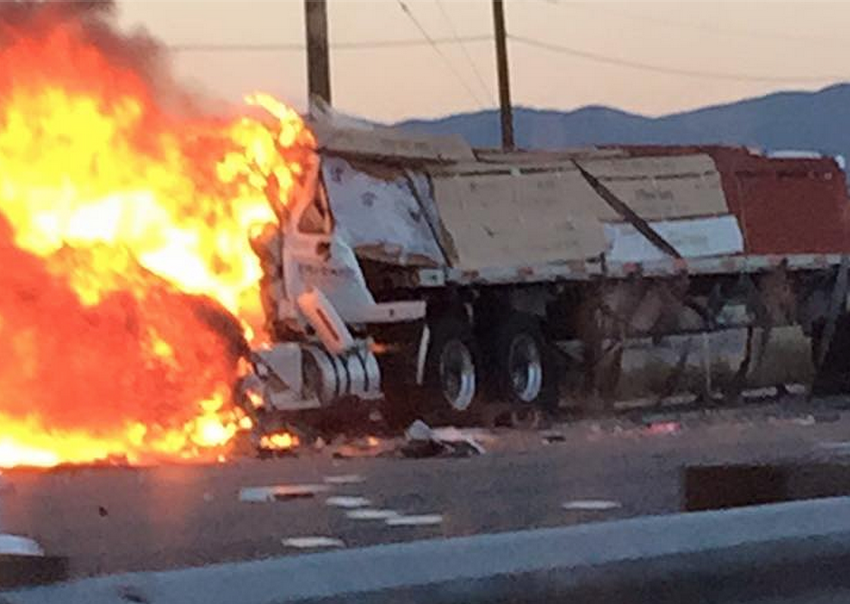 HESPERIA – One was injured and a second person was pronounced dead on arrival following a  6:50 a.m. a four vehicle traffic collision on the northbound 1-15 just north of Ranchero Road. This was the second

traffic collision in the general area within just hours on Tuesday morning.

According to CHP officials the freeway was at reduced speeds due to an earlier, also fatal collision, when a Eston Logistics truck carrying plywood was unable to stop on time hitting a Toyota sedan. The Toyota was pushed into  other lanes, while the truck continued on to strike a FedEx truck that was pushed forward to hit an additional tractor trailer.
The Estenson truck caught fire killing the unidentified driver. The driver of the Toyota sedan was transported to Loma Linda University Medical Center for treatment of undisclosed injuries.

15 Freeway Construction Zone Crash Injures One and Kills Another