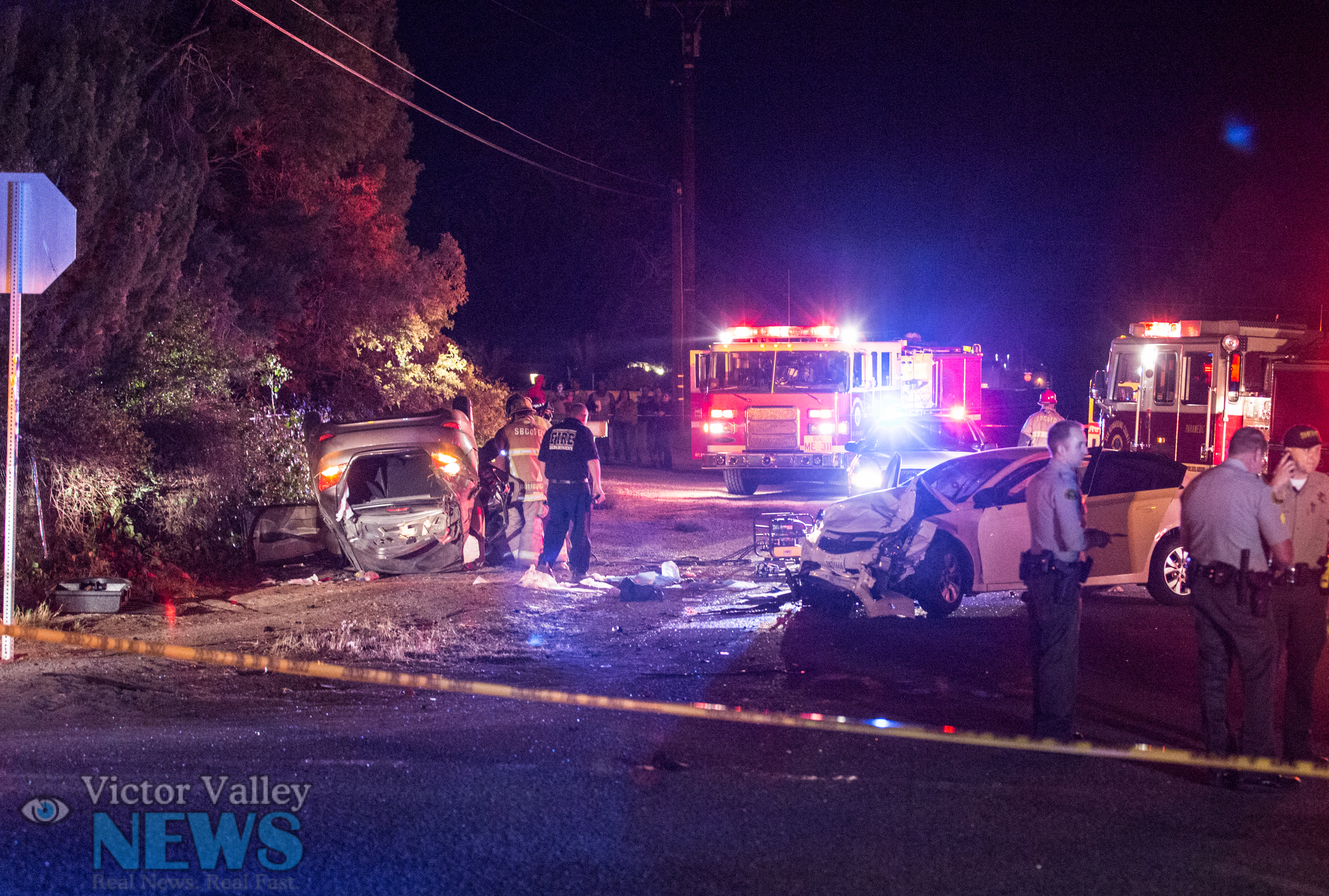 VICTORVILLE:(VVNG.com)- At least one person is confirmed dead following a major traffic collision that occurred at approximately 7:15 p.m., at the intersection of Lindero Street and Cypress Avenue in Victorville.

One of the two vehicles described as a four door Nissan was overturned and had children in the vehicle. “My husband was one of the first on the scene. He said the kids seemed ok, just very scared and crying. The adults however were not responsive,” reported Victor Valley News Member, Tiffany Chambers.

A female passenger was partially ejected and had to be extricated from the over turned vehicle. It took approximately 30 minutes for Firefighters to free the woman from the vehicle.

Three airships landed at a baseball field of a nearby church, First Assembly of God, located at the corner of Mariposa Road and Nisqualli Road. The airships flew three of the patients to various trauma centers; two additional patients were transported by ground ambulance to local hospitals.

Amongst those airlifted were an infant, a child and a female adult, according to San Bernardino County Fire Captain Jay Hausman. A sixth person, described as a female adult, was pronounced deceased at the scene of the accident.

Detectives are on scene and are conducting an investigation. Information will be updated as it is received.