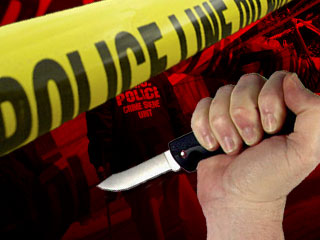 Deputies responded to calls in Oro Grande at around 1a.m., Saturday, to a fight that broke out at a birthday celebration and resulted in injuries to several persons, leaving one dead.

A 21 year old male was celebrating his birthday at a park known to locals as “the center.” when a group of uninvited individuals arrived with intentions to “crash” the party and cause ruckus. When the group refused to leave, a fight occurred leaving one person dead and two others with stab wounds.

“They were having a party at the community park, a fight broke out between 2 girls. When one of the girls got picked up the guys in the car stabbed 2 brothers and a friend of theirs. Ran over one of the brothers and took off. They were taken to arrowhead and the one who got ran over passed away there, he was only sixteen.”

According to the coroners release, when officials arrived they found a 17 year old resident of Oro Grande, with trauma to the upper body. The victim was flown by air ambulance to Arrowhead Regional Medical Center where he died of his injuries at 2:41 AM, per the coroners release.

The San Bernardino County Sheriff Department Homicide Detail is investigating the incident.
If you have any helpful information regarding this crime, please contact Sheriff’s Homicide Detail (909) 387-3589.

To follow this story and more, join our live community chat on Facebook with over 12,600 local members
www.facebook.com/groups/victorvalleynews