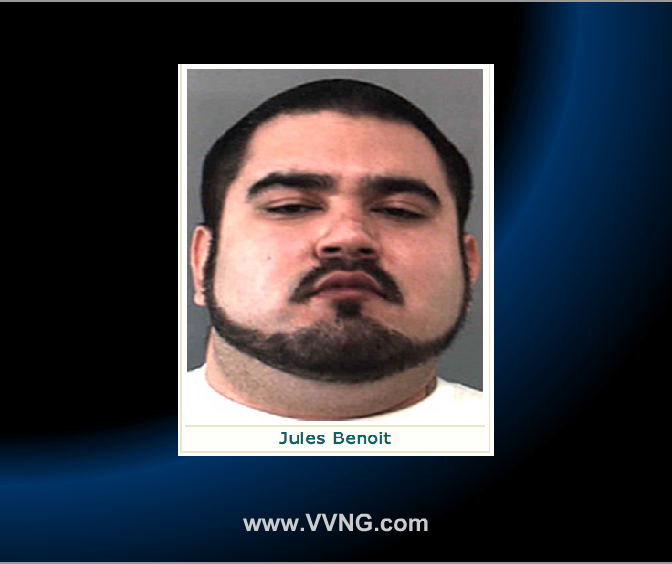 The Moreno Valley Police Department received information involving possible marijuana sales occurring at a residence on the 11900 block of Sugar Creek, in the city of Moreno Valley.

According to a press release, on Thursday, January 9, 2014, at approximately 4:00 PM, members of the Moreno Valley Police Department’s Special Enforcement Team (SET) served a narcotics search warrant at the residence.

Members of the Riverside County Sheriff’s Department Marijuana Team responded to the residence and confirmed the findings of an active honey oil lab.

Due to possibility of an explosion based on the flammable gas utilized in the manufacturing process, both the Fire Department and Hazardous Materials Unit responded.  The scene was processed and rendered safe for the community.

Jules Benoit, age 29, of Moreno Valley was arrested and booked into Robert Presley Detention Center for manufacturing hashish, possession for sales of marijuana, possession of unregistered firearms and armed with a firearm in the commission of a felony.

Anyone with additional information is encouraged to call Deputy Olguin at the Moreno Valley Sheriff’s Station by calling 951 486-6700.

The Moreno Valley Police Department will be vigilant in arresting violators of the law.  The Moreno Valley Department would like to remind all citizens to be aware of their surroundings at all times and report any suspicious activity, including any vehicles or persons by calling 911 for emergencies, or calling our dispatch center non-emergency line at (951) 247-8700.