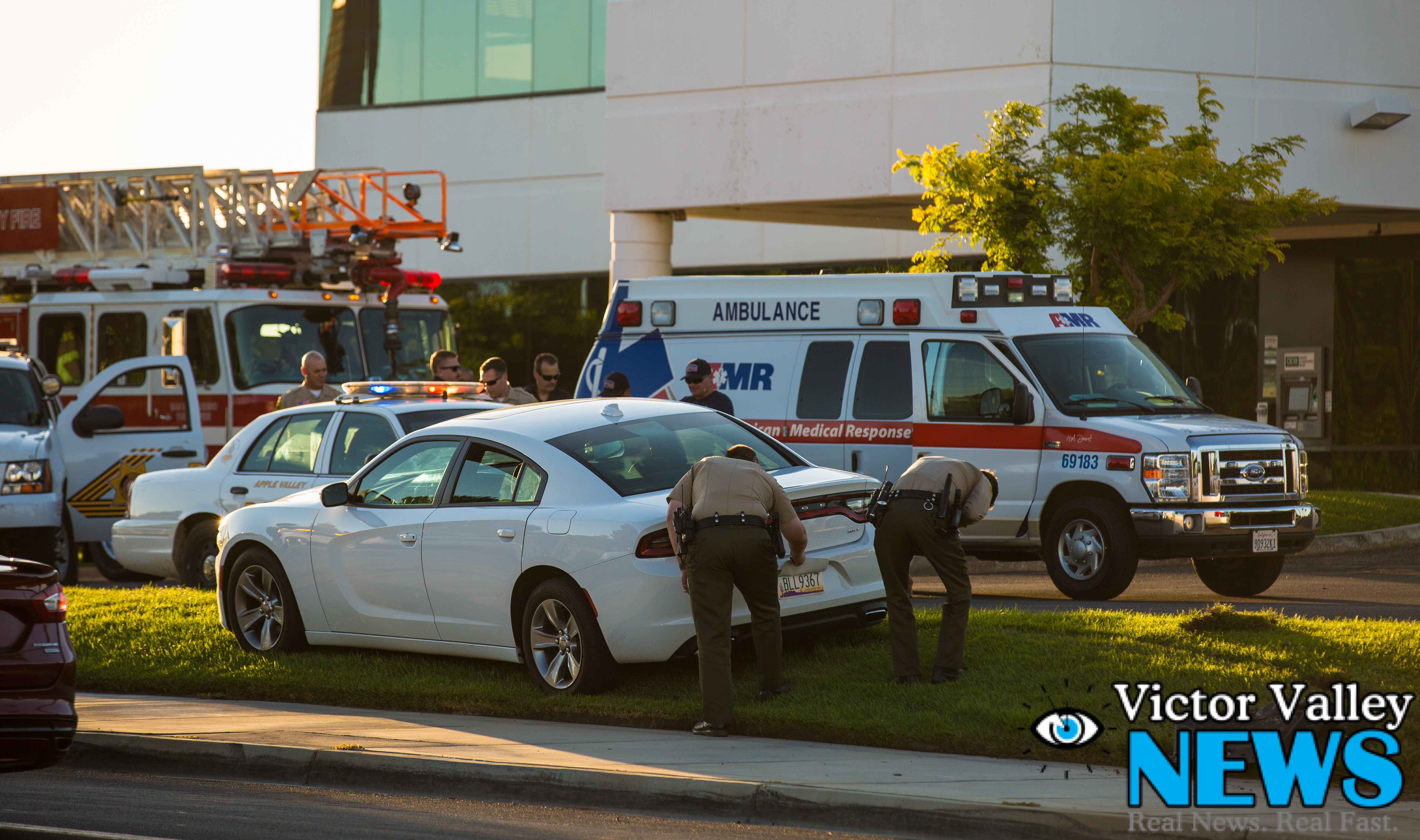 Deputies lift the Rancho motors paper plate and uncover an Arizona plate on the vehicle. (photo by Gabriel D. Espinoza)

APPLE VALLEY-(VVNG.com): The San Bernardino County Sheriff’s deputies from the Apple Valley Station responded to a Saturday evening report of an armed robbery at the AT&T store in the 18800 block of Bear Valley Road. The store clerk called to report that the two black male adults came into the store each armed with a black gun. According to authorities, the duo ordered her to open the safe in the back of the store and per scanner reports, they then locked her in the bathroom for about a minute.

Authorities say that 60 new cell phones, cash and the victim’s credit card were all taken from the location prior to the suspects leaving the scene in a white Dodge Charger with Rancho Motors paper plates. After a brief pursuit, the vehicle jumped the curb near the intersection of Hesperia and Silica Roads near the Desert Community Bank parking lot. Upon disabling the vehicle, at least two suspects ran from the scene and one was located inside the vehicle.

The suspect, later identified as 37-year-old Rancho Cucamonga resident, Travion Kennedy was arrested for suspicion of kidnapping, robbery and false imprisonment. The paper plate on the crashed suspect vehicle were later lifted by the investigating deputies to reveal Arizona plates. The Arizona plates were ran by investigating deputies and returned to a vehicle registered to a car rental company out of Phoenix Arizona. All of the stolen items were recovered from the vehicle during the investigation.

Evidence was also collected from a red Chevrolet Impala that was left in the AT&T parking lot when the plates came back belonging to a vehicle suspected to have been used for a previous armed robbery. Authorities believe that two suspects are still at large.