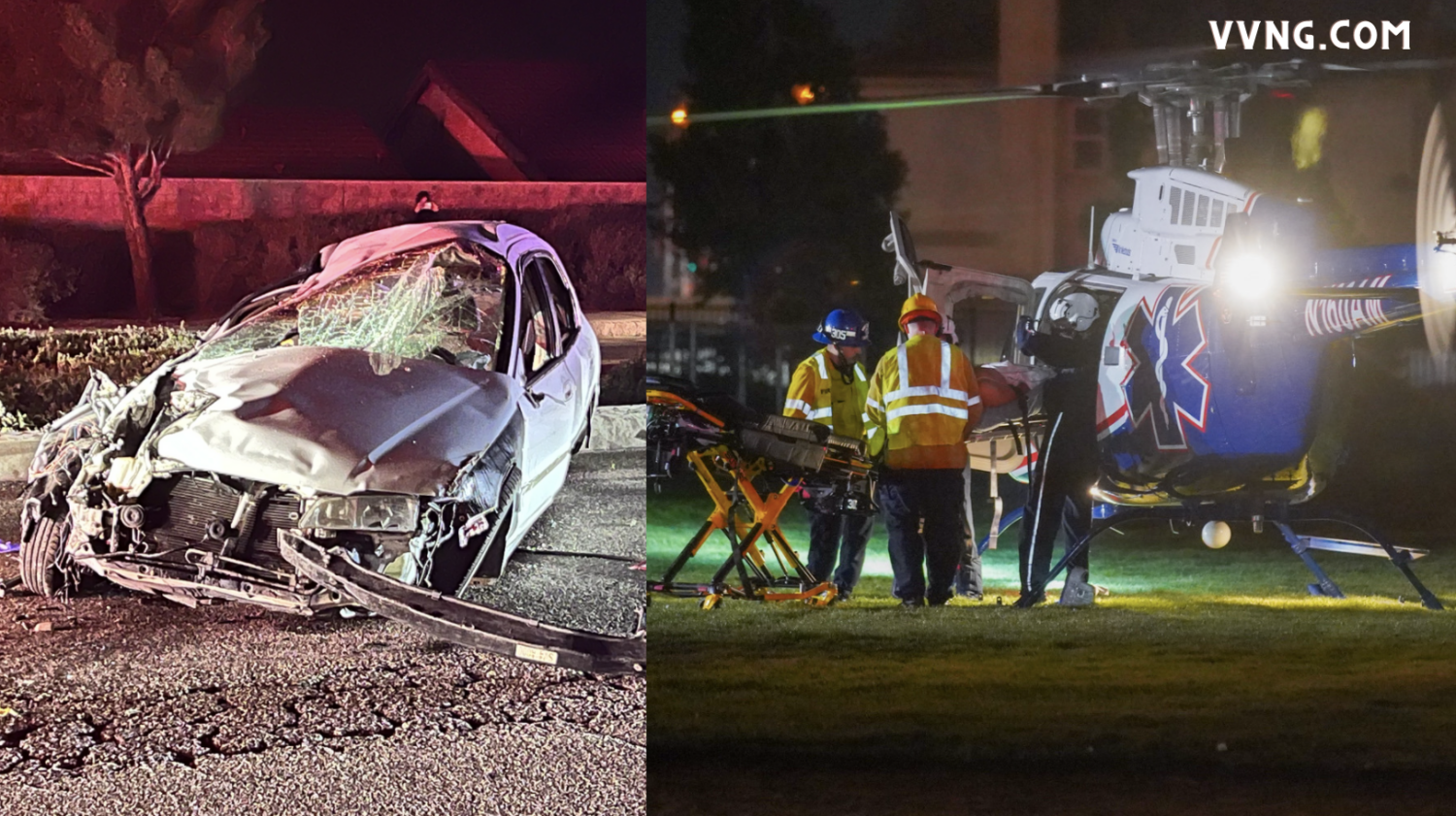 HESPERIA, Calif. (VVNG.com) — One person was airlifted from a rollover crash Friday evening  in Hesperia.

The crash was reported at 8:24 p.m. on April 1, 2022, in the southbound lanes of Escondido Avenue, between Hollister Street and Muscatel Street.

San Bernardino County Fire and Hesperia Police responded and located a white 1997 Honda Accord with major rollover damage, and one person trapped inside.

According to scanner traffic, the male passenger had his lower extremities partially trapped in Honda.

Firefighters were able to extricate the passenger and transport him to Malibu Park, where he was then airlifted to a trauma center with unknown injuries.

Witnesses at the scene said the vehicle rolled several times, and that three other male occupants were able to escape with minor injuries.

There were indications that suggested alcohol may have been involved, according to several witnesses who reported  beer cans and the smell of alcohol coming from the Honda.

A pickup truck at the scene sustained driver side rear-end damage. The driver of the truck sustained minor injuries.

Authorities have not provided an exact cause of the crash, as the investigation is ongoing.