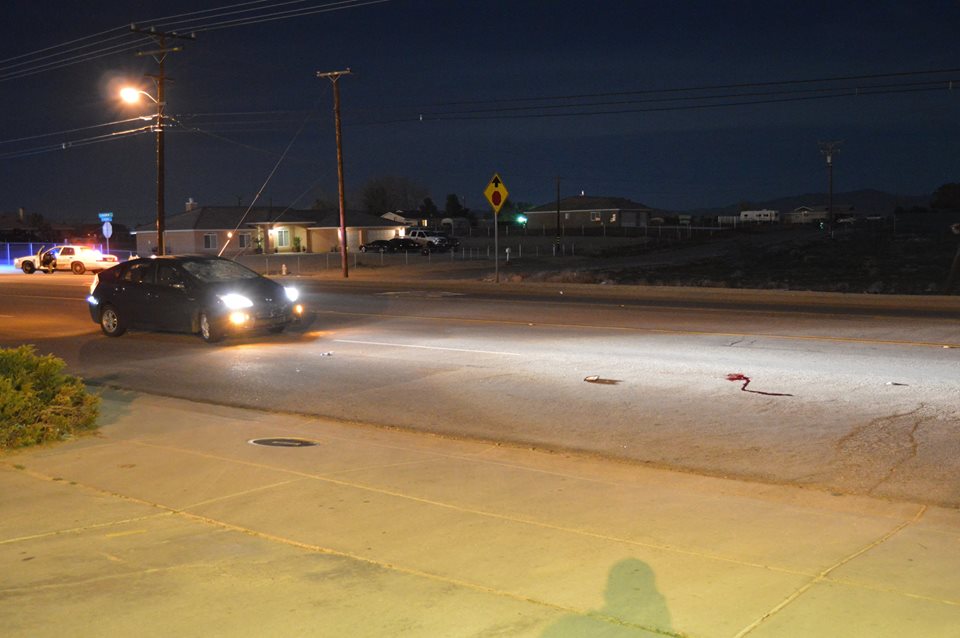 Upon arrival deputies determined that a blue Toyota Prius was traveling southbound on I Avenue and the pedestrian was in the #2 southbound land. The driver attempted to stop before striking the pedestrian, but was unable to stop on time. At this time it is unclear if the pedestrian was attempting to cross the street or was walking in the center lane.

The male pedestrian was airlifted to Arrowhead Regional Medical Center where he is being treated for his injuries. There were no other injuries reported as a result of this collision.

MAIT investigators are continuing the investigation and it is unknown if alcohol or speed is a factor. I Avenue was closed in both directions from E Avenue to Eucalyptus Street until about 1:30 a.m. while MAIT investigators processed the scene for evidence and interviewed witnesses.

Anyone with information or anyone who may have witnessed the collision is asked to contact Deputy Kevin McCurdy or Deputy Chad Gomez from the Hesperia Station.