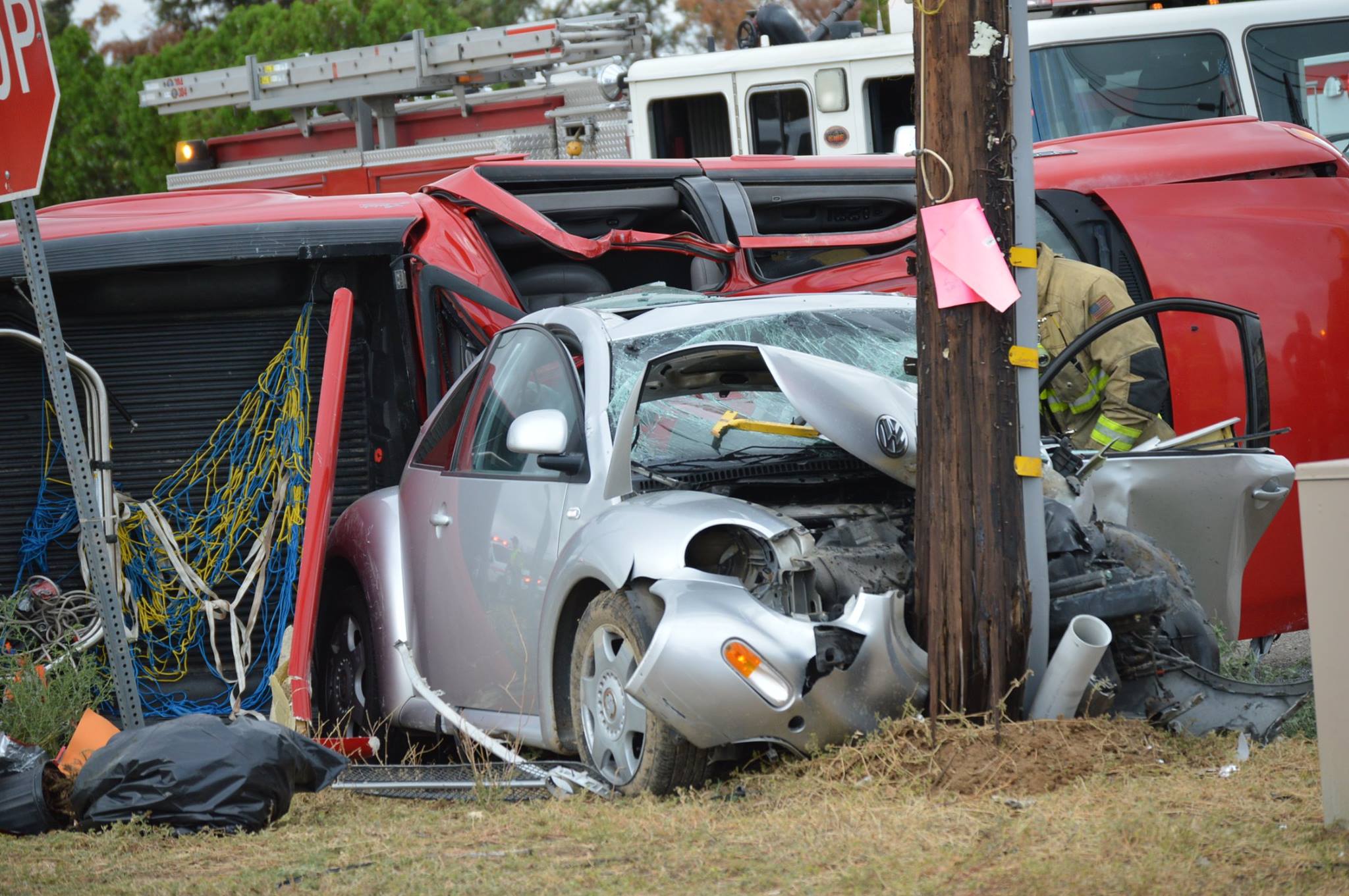 HESPERIA-(VVNG.com):  One person was airlifted following a Friday afternoon traffic collision at the intersection of Eleventh and Sycamore Streets in Hesperia. At about 3:45 p.m. dispatch received the report of a two vehicle traffic collision. The vehicles involved were a red Ford pickup truck and a silver Volkswagen Beetle.
According to the San Bernardino County Sheriff’s Department Spokeswoman, Karen Hunt the Silver Volkswagen Beetle was traveling down Eleventh Street and had the right of way. The red truck was driving down Sycamore Street and failed to yield causing him to hit the Volkswagen Beetle. The impact sent the Volkswagen Beetle into a nearby utility pole on the northeast corner of Sycamore and Eleventh Streets. The red Ford Truck rolled over and rested on it’s side.

The one occupant of the truck was uninjured and did not require medical care. Three occupants were in the Volkswagen Beetle, two of which required medical care for minor injuries at the scene. One female was extricated from the Volkswagen and was airlifted to Arrowhead Regional Medical Center for a leg injury. 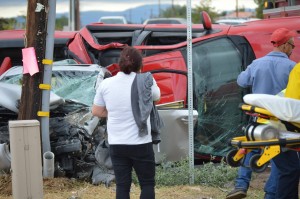 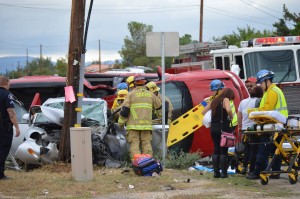 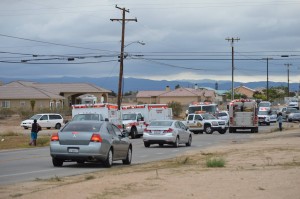