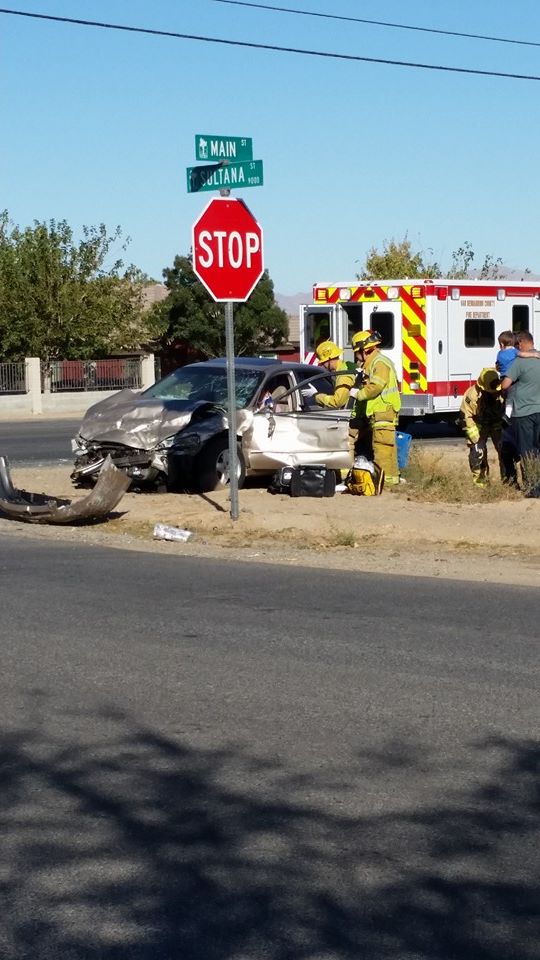 The collision involving a gold Chevrolet S-10 truck and a gold 4-door Honda Accord has shut down Main Street in both directions near Sultana while the Major Accident Investigation Team (M.A.I.T.) conducts an investigation.

The Honda Accord per witness accounts was driven by a woman with two juvenile passengers. The Chevrolet S-10 had a single male occupant, that was unconscious, but breathing.  The male was transported to the Hesperia Airport where he was then airlifted to Arrowhead Regional Medical Center in Colton.