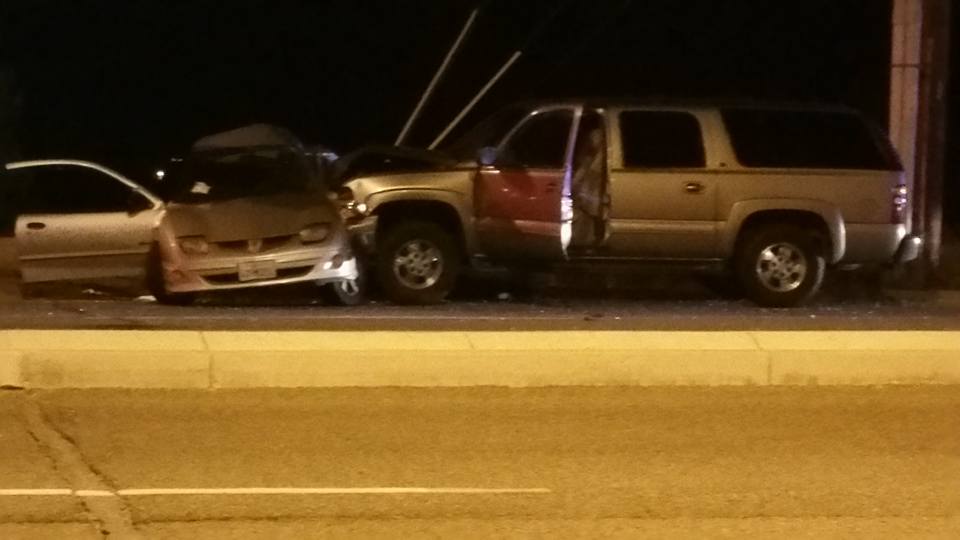 HESPERIA– (VVNG.com):  One man was airlifted after a two vehicle traffic collision at the Escondido Avenue and Muscatel Street intersection on Thursday night. At around 9:50 a.m. deputies from the Hesperia Station and San Bernardino County Fire Department rescue personnel responded to find a Chevrolet Suburban and a Pontiac coupe in the intersection.

Deputies determined that the Suburban was traveling south and the Pontiac was traveling east on Muscatel Street when the two collided. Both vehicles, which blocked the northbound lanes of Escondido Avenue  sustained major damage.

The driver of the Pontiac, a male, was transported to Desert Valley Hospital to be airlifted to Loma Linda University Medical Center. The driver of the Suburban was released without injuries.

The intersection is controlled by a four-way stop, Sheriff’s officials said. a M.A.I.T investigation is continuing in order to determine the cause of the collision. The roadway at Escondido Avenue and Muscatel were closed for the investigation and reopened to traffic at around 2:35 a.m.

Anyone with information, or anyone who may have witnessed the collision, is asked to contact Deputy Chad Gomez or Deputy Simon Demuri at the Hesperia Station (760)947-1500.