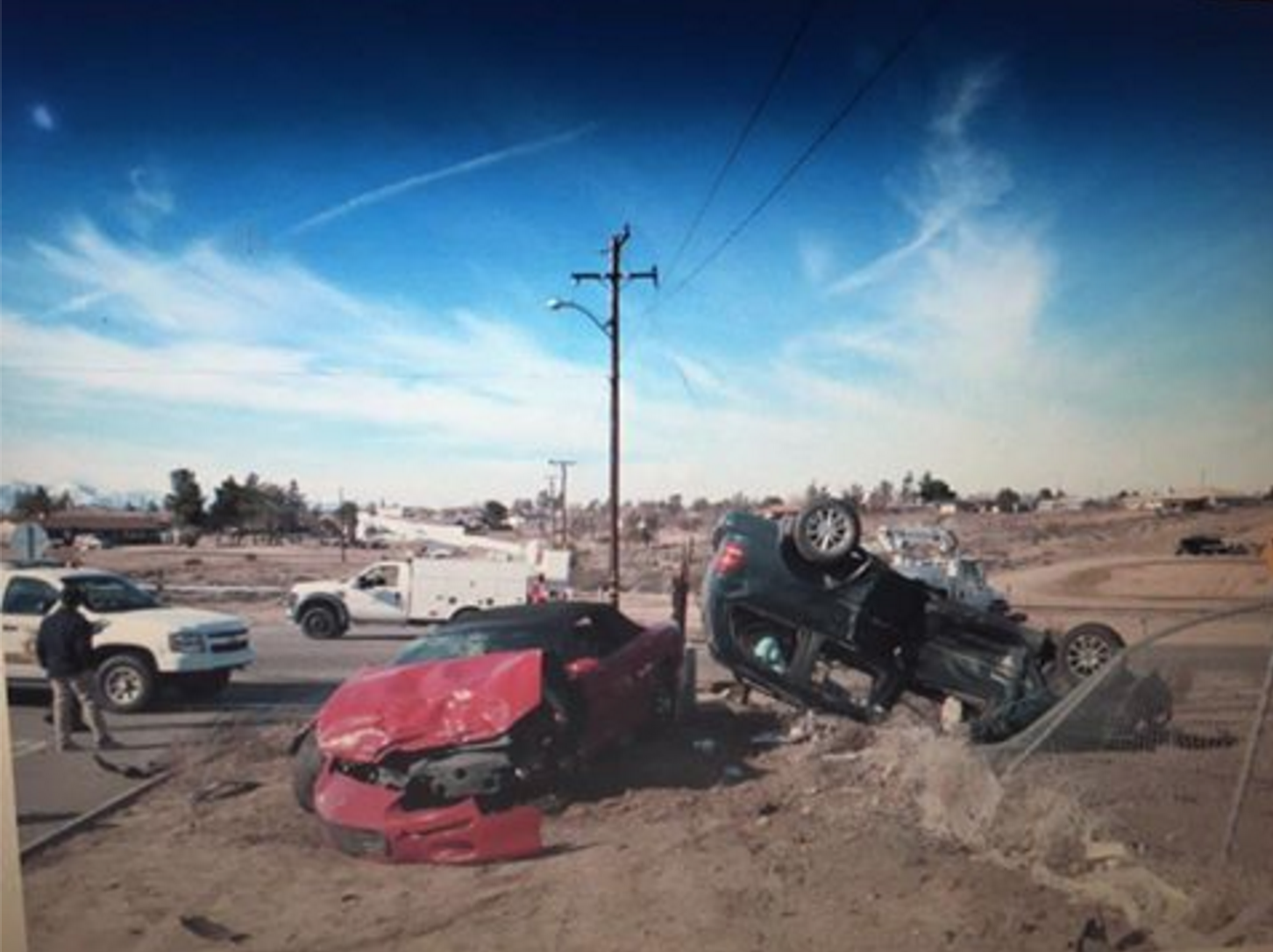 HESPERIA-(VVNG.com):  Two were injured as a result of a traffic collision near Peach Avenue and Atlantic Street Monday morning. Deputies from the Hesperia Station and medical personnel was dispatched to the scene of a major damage traffic collision at about 9:40 a.m. Upon arrival they located a red Chevy Camaro with major front-end damage and an overturned green Ford Minivan.

Through investigation deputies were able to determine that the Camaro was driving eastbound and continued through the stop sign causing the collision with the northbound driving minivan. The minivan overturned, striking a power pole, damaging a nearby water main and causing the driver to be partially ejected.

Emergency shut off of the water and electricity caused an approximate 2-hour long road closure.

The minivan driver was airlifted to Arrowhead Regional Medical Center in Colton for treatment of major injuries. The other driver suffered minor to moderate injuries and was transported by ground ambulance to Desert Valley Hospital.