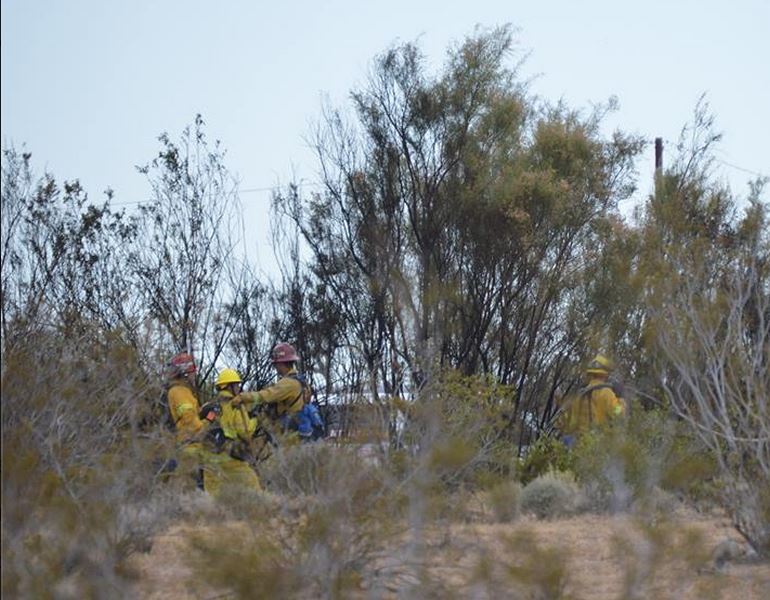 ADELANTO-(VVNG.com): On Sunday, May 3rd a fire broke out in the area just northwest of Cactus and Bellflower Road in Adelanto at approximately 2:10 P.M.

When firefighters arrived the blaze had only covered ¼ acre of land, but it quickly spread to a full acre in just minutes.

The fire was said to be suspicious in nature and an investigation is underway.

No injuries were reported and no structures were damaged as a result of the brush fire.

The fire was contained by 2:35 P.M., due to the quick and precise tactics of 15 county firefighters, and 16 personnel from Glen Helen Inmate Fire Crew.