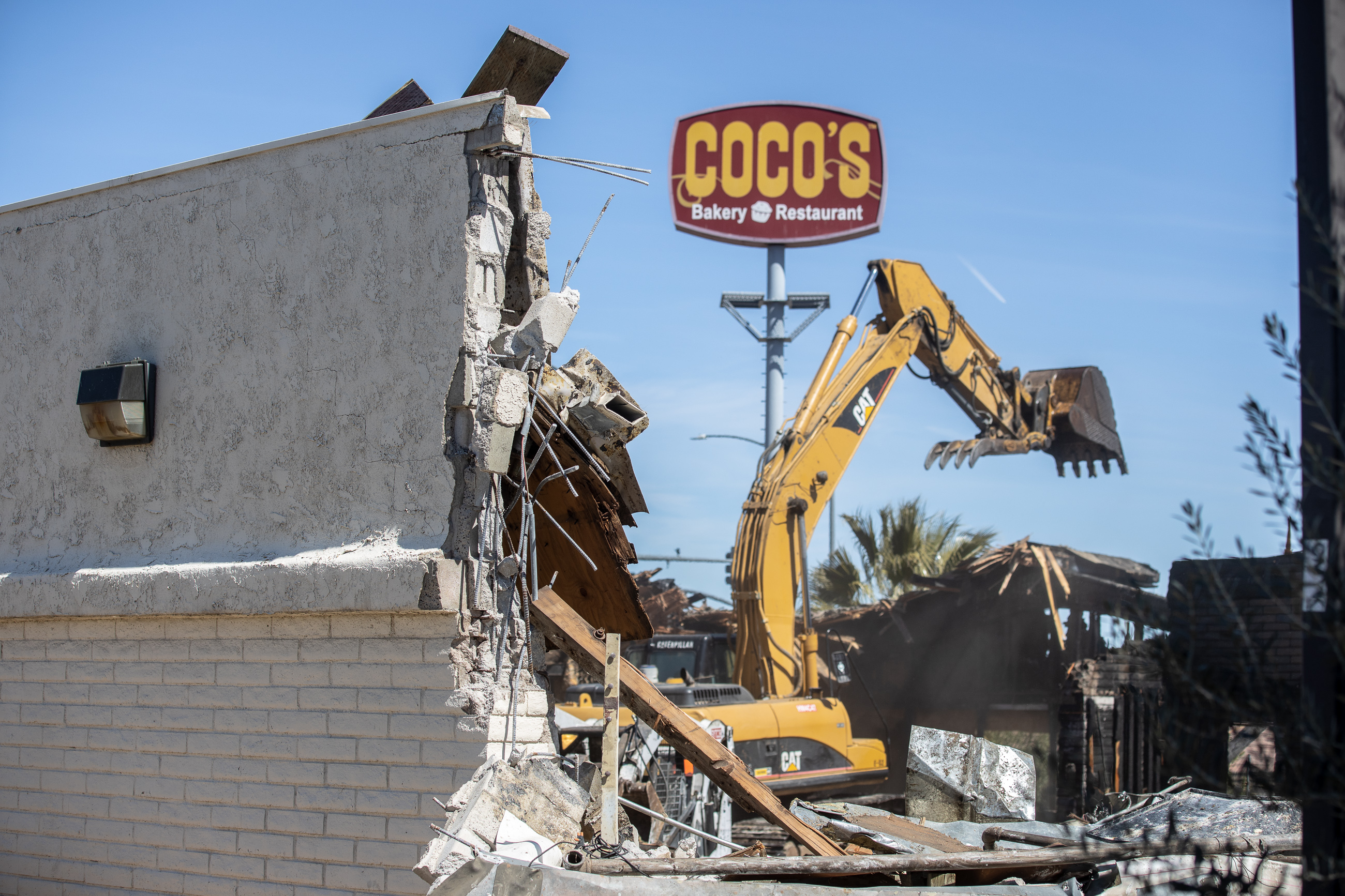 VICTORVILLE, Calif. (VVNG.com) — Demolition crews showed up on Friday morning at the site of the former Coco’s Restaurant at 15570 Park Avenue in Victorville and began tearing it down in preparation of new construction.

According to a recently placed sign facing along Palmdale Road, the construction site will be the future home of a Quick Quack Car Wash.

In April 2015, Food Management Partners acquired the properties and decided to abruptly close the Coco’s in Barstow and Victorville as well as the Carrows in Hesperia.

Almost immediately after the restaurant shuttered, homeless made their way into the vacant building and it wasn’t too long before two large fires were started on the inside.

The fires caused extensive damages to the building and created an eyesore for many years.

Demolition crews worked quickly and using an excavator they tore down the walls to the 40-year-old structure on Friday.

Quick Quack Car Wash is based in Roseville, California and has operations in Utah, Texas, Colorado, Arizona, and California with over 70 total locations.

Demolition is expected to be wrap-up by the end of next week and the company plans to open it’s Victorville location in fall or winter of this year.