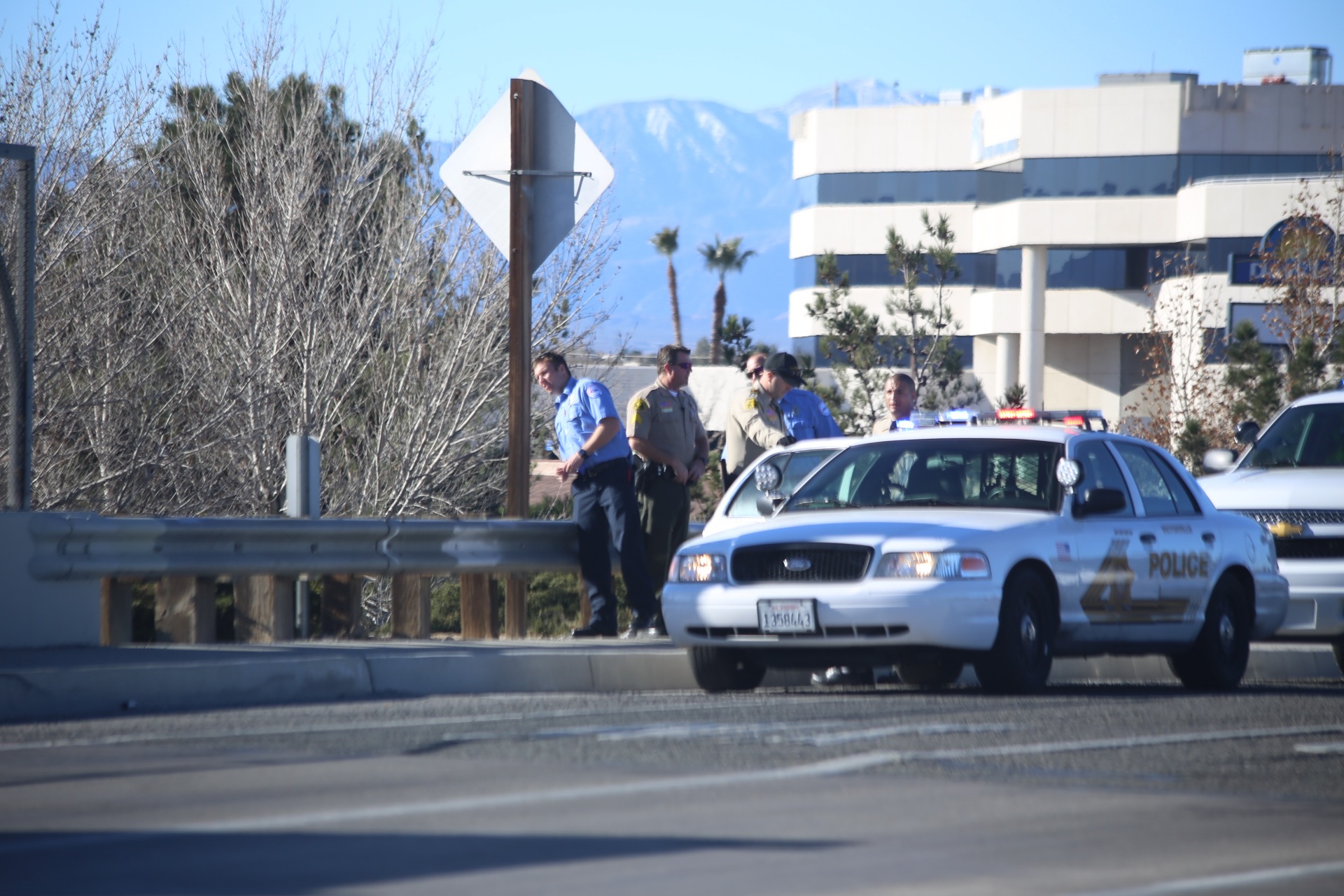 VICTORVILLE: An unidentified man in his late 40’s attempted to jump from a freeway over pass in an attempt to commit suicide on Sunday morning at around 9:20 a.m.

According to scanner traffic, concerned commuters traveling on the 15-freeway called dispatch and reported seeing a man climbing over the chained link fence on the Palmdale road overpass.

Victorville Police officers quickly arrived to the scene and found the man standing on the freeway sign on the opposite side of the fence. After a brief exchange of words officers managed to talk the distraught man back over the fence and safely brought him to safety. Officers reported the man had visible cuts to his wrist, AMR was called for his injuries. He was transported to an area hospital for a medical evaluation.

According to an anonymous family member, the man is currently experiencing a difficult time in life and facing some personal issues. He had recently decided to stay in a room at the Green Tree Inn hotel, but never suspected he would consider doing anything like this. The family is thankful he didn’t go through with the suicide attempt and say, “he is now getting help & hopefully he continues to get the help he needs”.

SUICIDE IS NEVER THE ANSWER

If you feel you are in a crisis, whether or not you are thinking about killing yourself, please call the Lifeline. People have called for help with substance abuse, economic worries, relationship and family problems, sexual orientation, illness, getting over abuse, depression, mental and physical illness, and even loneliness.

No matter what problems you are dealing with, they want to help you find a reason to keep living. By calling 1-800-273-TALK (8255) you’ll be connected to a skilled, trained counselor at a crisis center in your area, anytime 24/7.