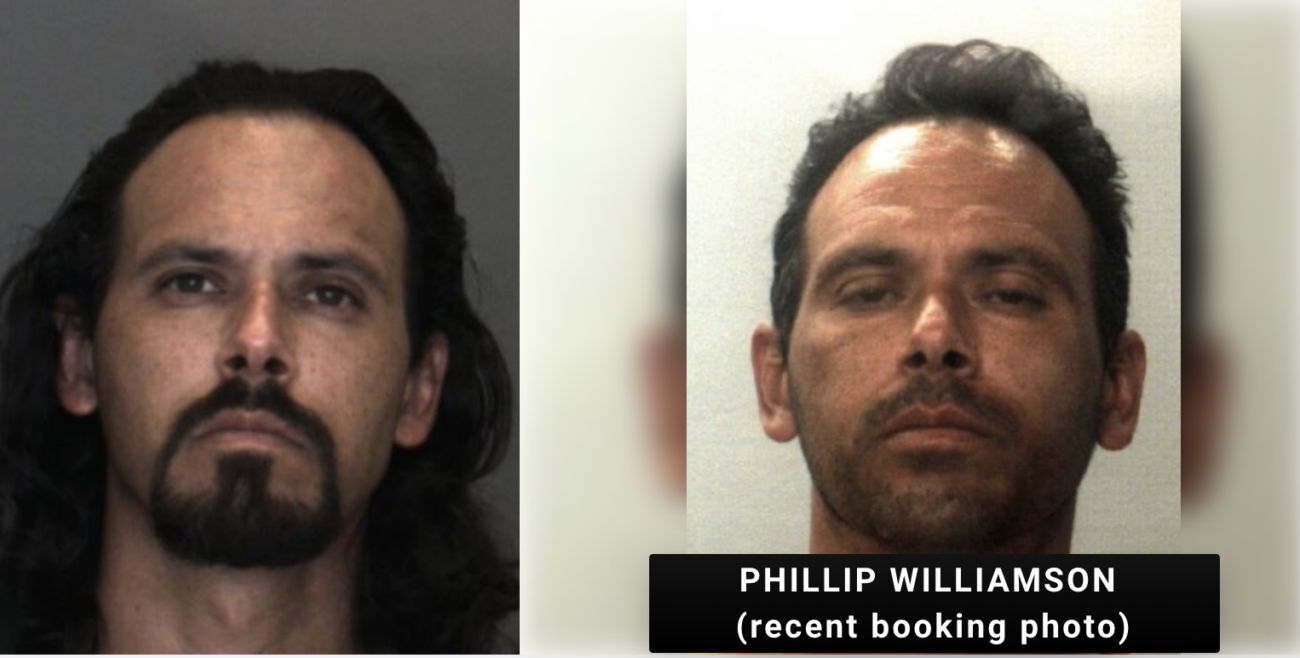 SAN BERNARDINO, Calif. (VVNG.com) — Sheriff’s officials released a booking photo and details into the arrest of triple-murder suspect Phillip Williamson who was apprehended south of the border as reported by VVNG.

On Wednesday, August 19, 2020, the U.S Marshals were conducting surveillance at a location and identified Williamson as he exited the residence. He was taken into custody without incident, according to a news release.

A now short-haired Williamson was transported to detectives at the United States/Mexico border and later booked at West Valley Detention Center for murder.

Williamson was wanted for the murders of Jason Culberson, Melissa Graetz, and Brandi Jones, all residents of Hesperia.

Williamson’s deadly crime-spree began on August 30, 2019, when authorities responded to a robbery in the 20100 block of Wisconsin Street and located an abandoned vehicle with the body of Jones in the back seat.

Days later Culberson and Graetz were found deceased from gunshot wounds in the 9000 block of C Avenue.

Then, on September 9th, a fire erupted at the residence in the 20100 block of Wisconsin which was the location of the Strong-Arm Robbery that occurred on August 30th.  Bomb and Arson Investigators responded to the fire and determined it to be an Arson. Investigators believe Williamson was the suspect connected with the arson.

Williamson’s current bail is set at $1 million and it could increase after the arraignment/formal charges for 3 counts of murder. Along with a couple of misc. warrants for an additional $110,000. He is scheduled for arraignment on Friday, August 21, 2020, in Victorville Superior Court.