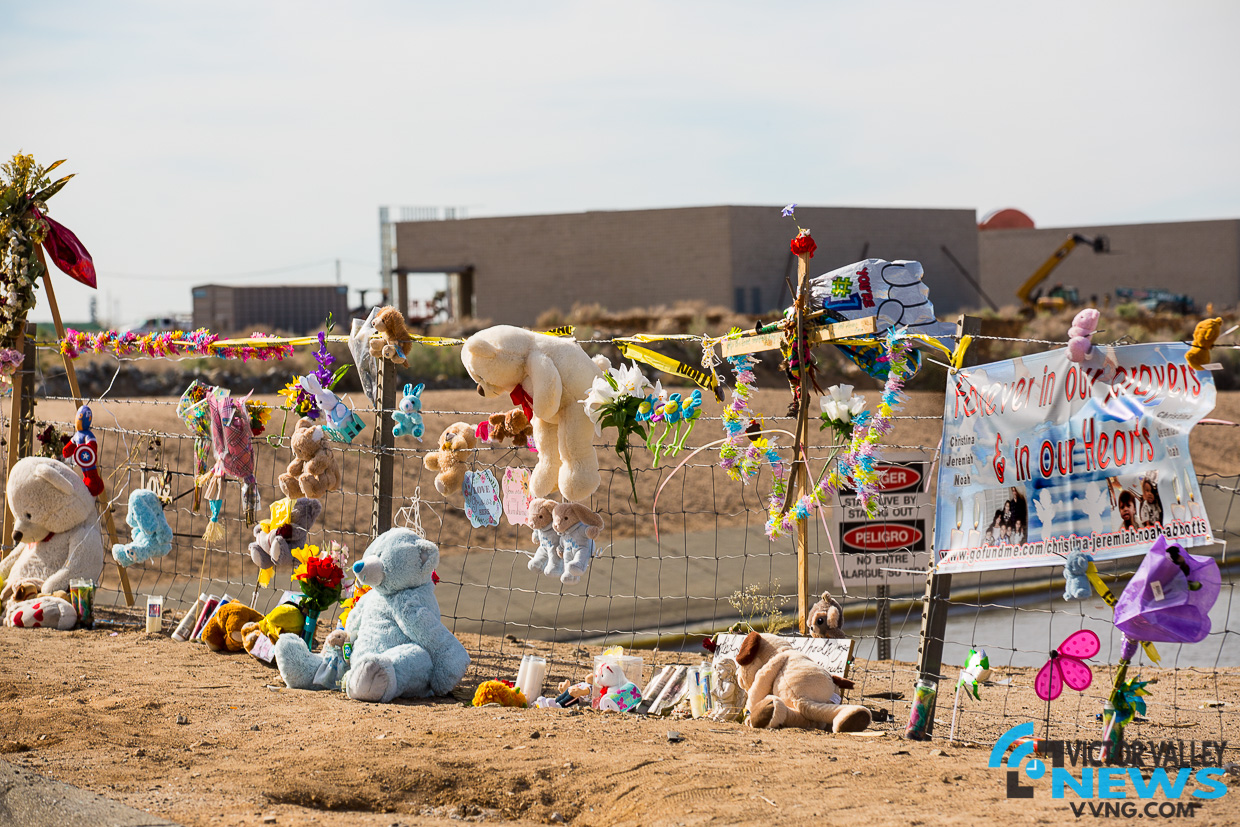 HESPERIA, Calif. (VVNG.com) The Sheriff’s helicopter and Deputies from the Hesperia Sheriff’s Station responded to reports of an item floating in the aqueduct Tuesday afternoon.

A tip led authorities to the area of Maple Avenue and Mesquite Street where debris was located. Sheriff’s officials determined the debris was unrelated to the March 2nd accident that left two-year-old baby Noah missing and presumed dead, and claiming the lives of his brother Jeremiah Abbott, 3, and their mother Christina Eileen Estrada, 31, of Hesperia.

The object in the water was determined to be a piece of exposed concrete along the wall of the aqueduct. (Hugo C. Valdez, Victor Valley News)

“We are pursuing every lead that we receive and are hoping we can bring closure to the family,” said Hesperia Sheriff’s Station spokeswoman Jackie Chambers.

Since the accident, several volunteers have gathered together and walked the aqueduct in hopes of recovering baby Noah despite the safety risks.

“The most important thing we can all do for the Abbott family is pray. We know that prayer changes things and we will have a positive outcome. Thank you so much for caring enough to monitor the site by keeping a safe distance. We want you to be safe, and please allow the Sheriff’s department to do their job” wrote the Pastor of Abundant Living Family Church, where the family is said to attend.

Everyone touched by the tragic accident wants nothing more than to bring closure to the family by locating baby Noah.

In a show of support and solidarity, Victor Valley residents and throughout the U.S. have been leaving their porch lights on for Baby Noah until he is found.

To receive updates for news happening around the area, join our newsgroup with over 91,000 members. JOIN HERE.

Fairy Tail Ending at VVAPL Thanks to Microchip