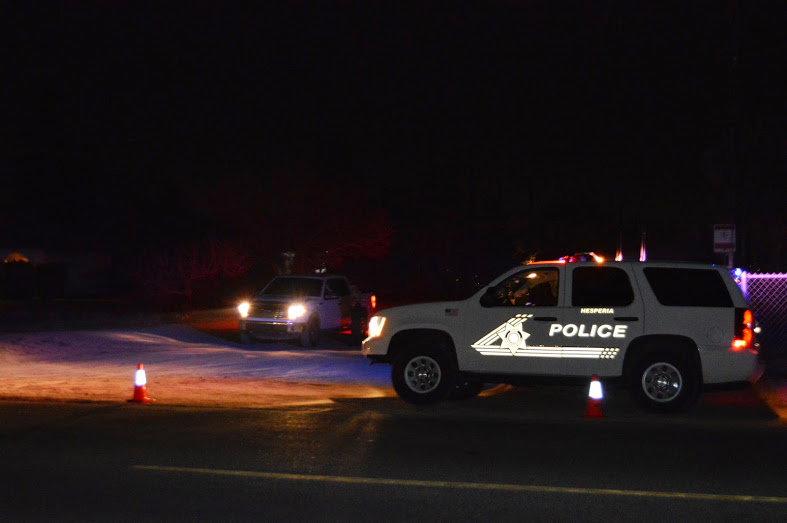 The closures took place after residents living on Elm Street were told to stay inside of their homes.

According to area residents, the area was full of Sheriff’s dressed in tactical gear including drawn guns, a SWAT team as well as a Sheriff helicopter. Those living in the area described it as looking like a “war zone”.

Two of the closures were reopened soon after the closure took place, a closure from Cottonwood and Elm to about one block east remained blocked Hesperia police vehicles for several hours.

At this time there is no information regarding if any arrests were made following the road closures and police presence. The officer at the scene declined to comment on the circumstance surrounding the closure. There is no further information available at this time, information will be updated as it is received.