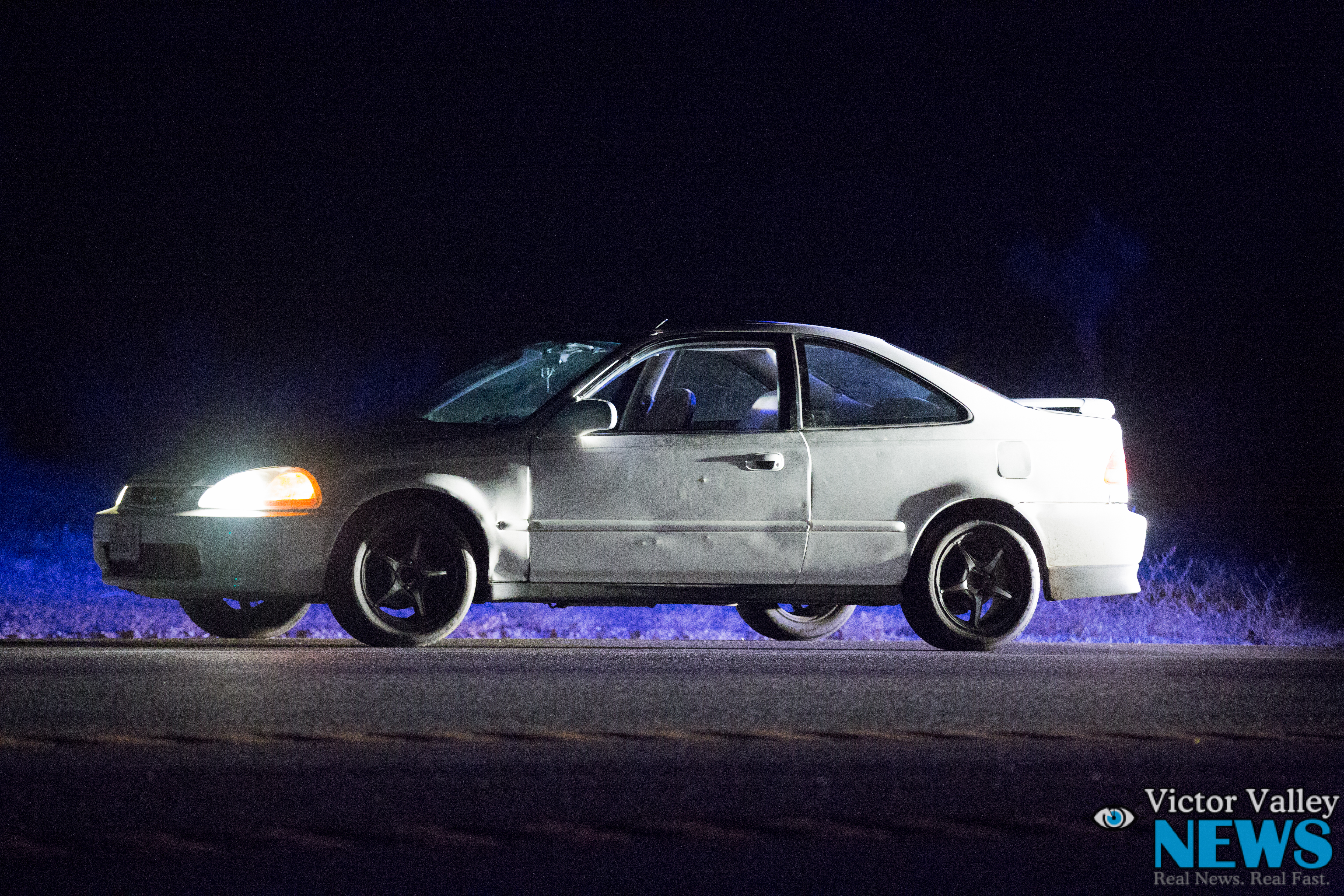 ADELANTO:(VVNG.com)- Dispatch received a report of a stolen vehicle taken from the area of White Avenue and Montezuma Street in Adelanto.

Per scanner traffic, the vehicle described as a white 98 Honda Civic was reported stolen at approximately 10:45 P.M., on Thursday, May 14, 2015.

An officer patrolling the area, spotted the vehicle in the area of Palmdale Road and Highway 395 shortly after 11:00 P.M.

As the officer followed the vehicle southbound on highway 395, a Sheriffs helicopter was called in to assist ground units with aerial support.

The vehicle yielded south of Eucalyptus on Highway 395. The driver, described as a female, was taken into custody for grand theft auto.