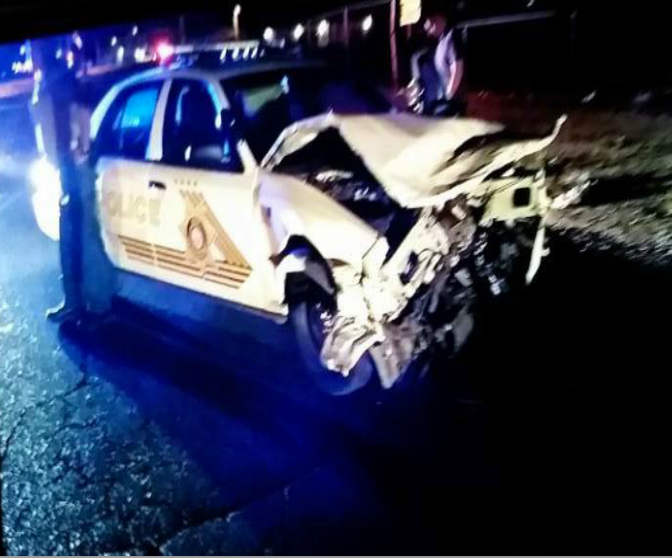 HESPERIA-(VVNG.com): On March 28th at approximately 1:35 A.M., the San Bernardino County Fire Department responded to a two vehicle traffic collision at the intersection of Seventh Avenue and Sequoia Street.

The pick up truck was broadsided by the Crown Victorian driven by officer from the Hesperia Station causing the truck to overturn. Ryan McWatters the 21-year-old driver of the truck were not injured. The deputy and passenger of the truck were transported to an area hospital with minor injuries.

There is an ongoing MAIT Investigation into the collision. At this time it is unknown if Alcohol is a factor in the collision. Seventh ave. was closed in both directions from Bear Valley Road to Manzanita Street until 7:45 A.M., while MAIT Investigators processed the scene for evidence and interviewed the witnesses.

Anyone with information or anyone who may have witnessed the collision is asked to contact Deputy Kevin McCurdy or Deputy Brian LoVasco from the Hesperia Station.