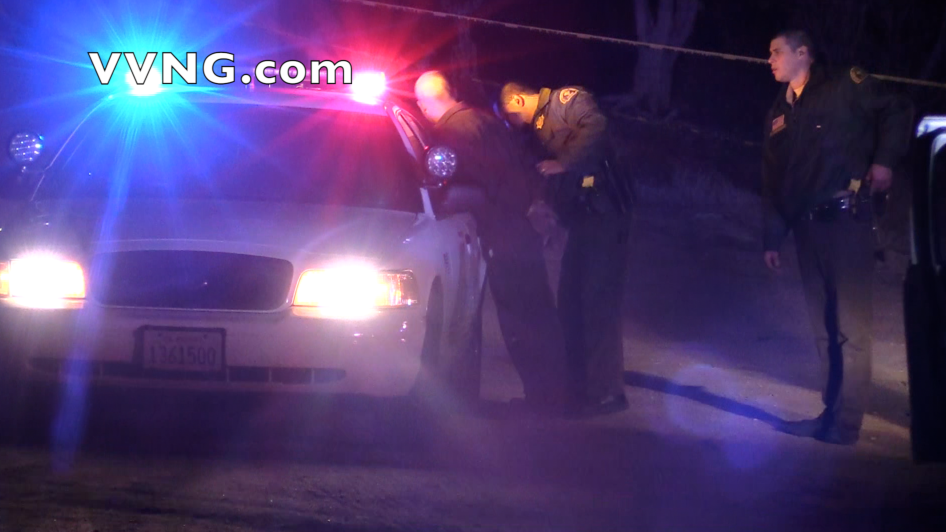 VICTORVILLE:(VVNG.com)- Authorities are continuing to conduct an active investigation following an officer involved shooting that involved officers in Victorville. The incident was reported at approximately 10:30 PM on Tuesday, January 6, 2015.

According to authorities, an officer was attempting to conduct a traffic stop in the 14000 block of Navarro Drive. The driver of the SUV pulled over in cul-de-sac and that’s when for unknown reasons the front passenger jumped out of the vehicle and started shooting at deputies for no apparent reason.

Gunfire was exchanged between the officers and the gunman who took of running on foot through some nearby homes and into a large open desert area.

A Sheriff’s helicopter was requested to assist in the search of the suspect. After about 10 minutes officers located the gunmen hiding in bushes. That’s when more gunfire was exchanged between the gunman and the officers. The suspect described as a 29-year-old male was shot and injured and was taken to Victor Valley Global Medical Center by ground ambulance. He was later airlifted to an out of area hospital to undergo surgery. As of Wednesday his condition is currently unknown.

Although two officers suffered minor injuries, no officers were shot during the exchange in gunfire. A total of six officers have been placed on administrative leave while the investigation is conducted. This is normal protocol in a situation like this.

The male driver of the SUV and a female passenger were detained at the scene.

This is an ongoing investigation and more information will be updated as it becomes available.