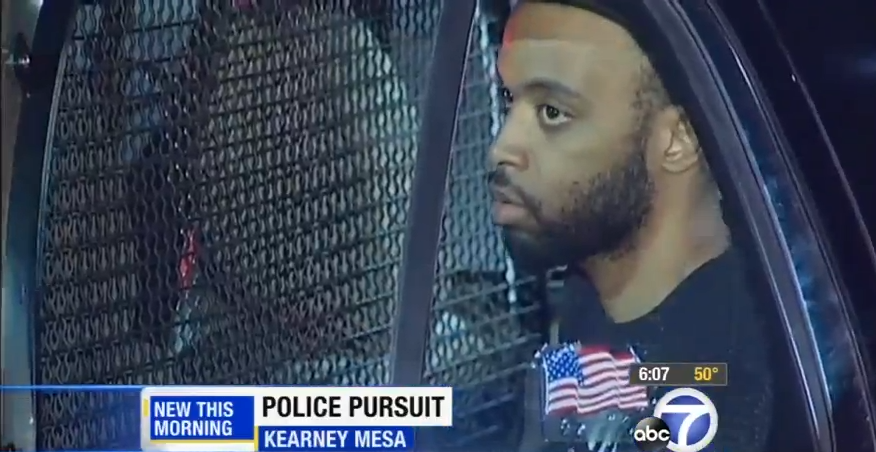 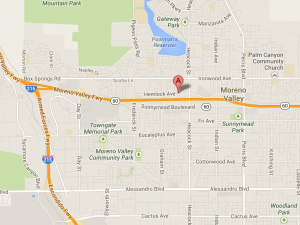 MORENO VALLEY: On January 15, 2014, at about 10:35 PM, an officer from the Moreno Valley Police Department responded to a Domestic Violence call in the 23800 block of Hemlock Avenue, Moreno Valley. While en-route to the incident, dispatch advised the officer the subject involved in the incident had a domestic violence warrant for his arrest.

As the officer waited, the subject started his engine and placed the vehicle into gear. The officer asked the subject to turn off the engine. The subject refused, turned his steering wheel towards the officer’s direction, and accelerated. Fearing that the subject was about to run him over, the officer fired two rounds at the suspect. The suspect was able to drive away from the location avoiding arrest.

The suspect and vehicle description was broadcasted to surrounding law enforcement agencies. Officers from the California Highway Patrol located the suspect vehicle driving south on Interstate 15. The suspect vehicle failed to stop and a vehicle pursuit was initiated by officers from the California Highway Patrol that led into San Diego County. The vehicle pursuit ended in the city of San Diego and the suspect was taken into custody. The suspect was treated and released for a non-life threatening injury and released to the custody of Investigators from the Riverside County Sheriff’s Department, Central Homicide Unit, who assumed control of the investigation.

The suspect was positively identified as 27-year-old Moreno Valley resident, Dejon Edwards. Edwards was arrested and booked into the Robert Presley Detention Center for felony evading, resisting arrest, and a domestic violence warrant.

This is an active and ongoing investigation. Anyone who may have information regarding this incident is encouraged to call Investigator Dean at the Central Homicide Unit at 951-955-2777 or Investigator Rose at the Moreno Valley Police Department at 951-486-6700.