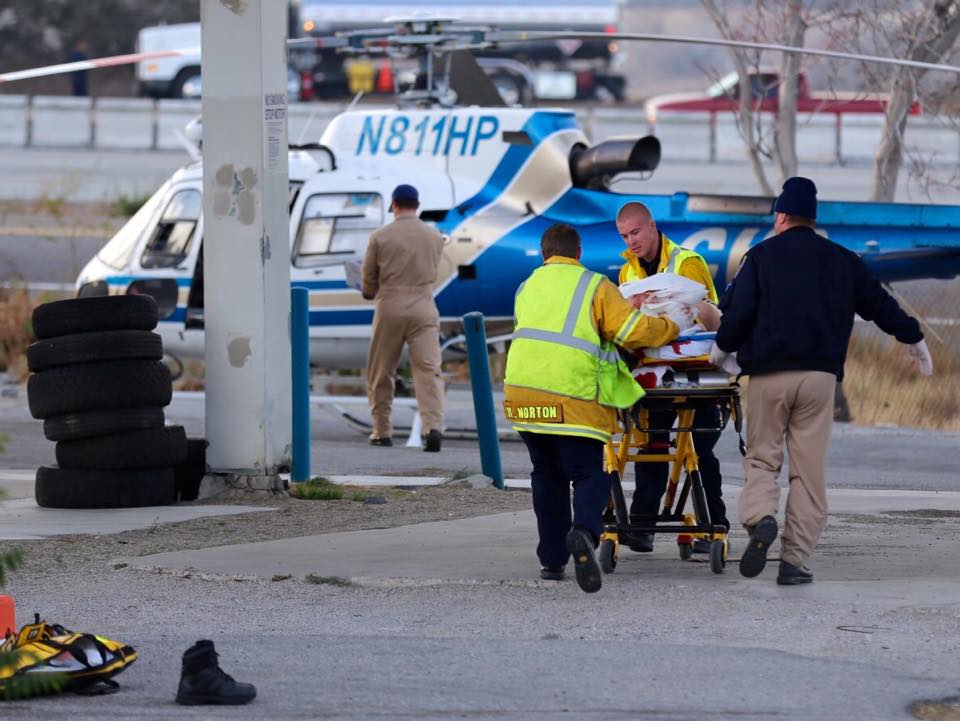 When CHP and other emergency units arrived to the scene it was determined to be a major injury traffic collision with multiple vehicles involved. Including a Ontario Airport Police Bomb K-9 Officer along with his K9 partner “DOC”. According to unconfirmed reports the K-9 was taken to a vet for treatment.

The accident left six people with injuries and were transported by ground ambulances to area hospitals. An airship landed at an empty lot at the Summit Inn and the unidentified male officer was airlifted to Arrowhead Regional Medial Center. According to officials he received a gash on his head but is expected to survive.

The afternoon crash resulted in closure to the #1, #2 and #3 lanes causing major traffic delays to not only commuters, but also for emergency responders. Bypass lanes heading southbound were also closed, Caltrans called for repairs of Krail pushed approximately 4 feet into the bypass lanes.

As of 6:00 p.m., all lanes have reopened but traffic remains backed up for several miles.

There is no further information at this time, the cause of the collision is currently under investigation. Information will be updated as it is received. 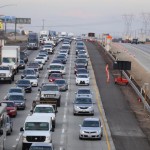 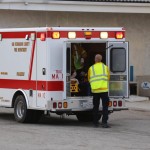 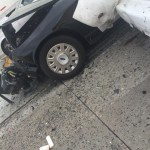 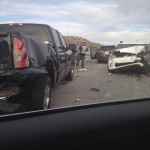 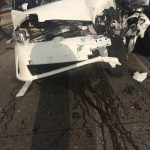 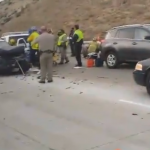