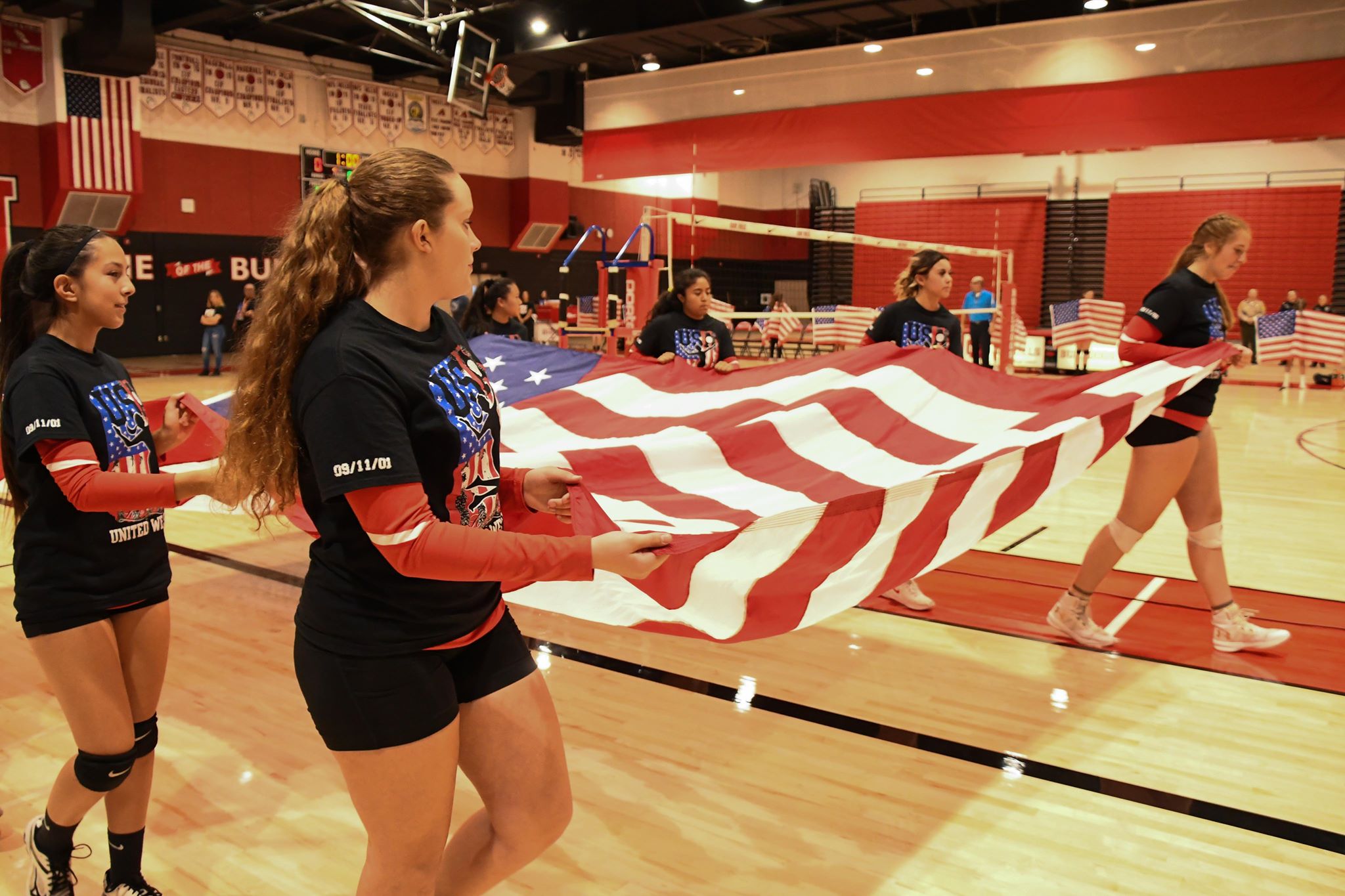 The 9/11 tribute started with seniors Keilana Gardner, Emilee Cortez, and Keona Pascua reading a speech that they had written.

Then a moment of silence for those who lost their lives on 9/11/2001 as well as all active military and veterans and all current first responders.

The ceremony began with a song “where were you that September day “by Alan Jackson followed by “American soldier” by Toby Keith at that time all active military and veterans were escorted onto the court by our freshman team.

The next song was “God bless the USA” the Oak Hills JV team presented all first responders.

The ceremony ended by thanking and giving a special thanks to all active military, veterans and their families who were in attendance; San Bernardino County Fire Department (they also brought a fire truck) HUSD school police with a vehicle Victorville sheriffs department, one member who brought a canine.

The ceremony was followed by a great game of volleyball with Oak Hills Bulldogs coming out on top in five games with a three to 3 win over rim.