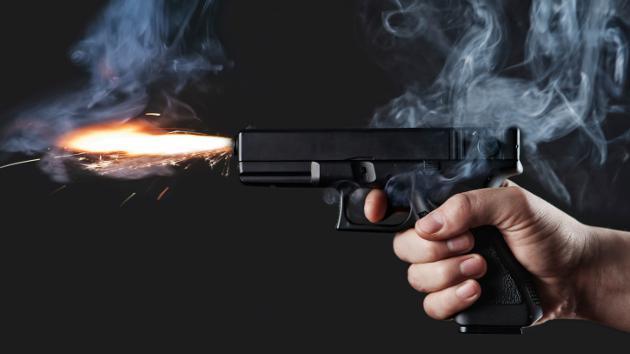 Victor Valley Sheriff’s Station Deputies responded to the 10300 block of Lilac in Oak Hills after receiving reports that a resident identified as Everton Watson may be under some duress.

Prior to deputies arriving at the residence, they learned Watson showed to have registered several guns. When they arrived at about 9:40 a.m. on April 23, 2017, Watson came out of the home without incident.

“Watson, who is a convicted felon and prohibited from possessing firearms, was found in possession of guns and ammunition and had fired off several rounds inside the house before deputies arrived,” stated a San Bernardino County Sheriff’s press release.

While conducting the investigation inside the home, deputies also discovered a marijuana cultivation. The San Bernardino County Sheriff’s Departments Marijuana Enforcement Team responded and will continue the investigation.

Everton Watson was arrested and booked into the High Desert Detention Center; he is currently out on bail.

Anyone with information regarding this crime is urged to contact Deputy Chad Finlen at the Victor Valley Sheriff’s Station, (760) 552-6801. Persons wishing to remain anonymous can report information to WeTip by calling 1-800-78-CRIME, or by accessing the website at www.wetip.com.