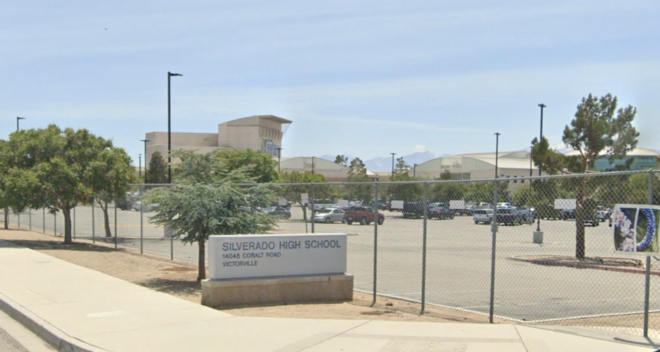 “One 16-year old male, possibly involved, was detained by the guards until deputies arrived,” stated Rodriguez. “The juvenile was issued a citation and released to his guardian.”

Rodriguez said numerous windows were broken and property was damaged.

The investigation is on-going and deputies are working with the School District to obtain further information and evidence. Anyone with knowledge of the incident is asked to call the Victorville Police Department at 760-241-2911.