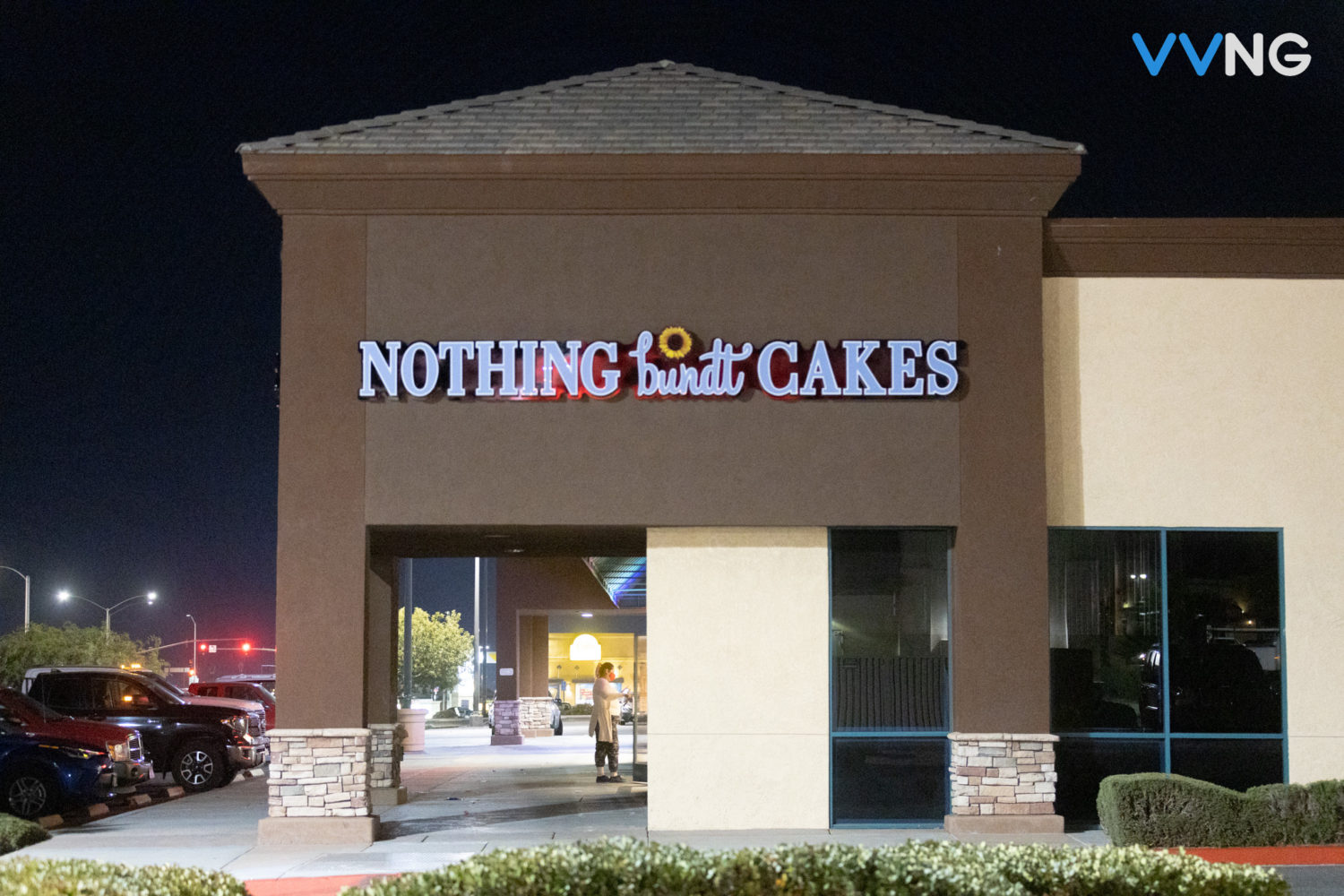 VICTORVILLE, Calif. (VVNG.com) — Local residents are excited after learning that “Nothing bundt Cakes” is preparing to open its first location in the Victor Valley.

The all-new storefront will be located where a Starbucks once called home in the Dunia Plaza along the 14300 block of Bear Valley Road, near Lowe’s. The Nothing Bundt Cakes sign has already been installed on the exterior of the building.

Nothing bundt Cakes was founded in 1997 by Dena Tripp and Debbie Shwetz. After baking cakes mostly for family and friends the two women realized there was a gap in the world for delicious cakes that were readily available.

Using real eggs, butter, and cream cheese, the company has now grown nationwide to more than 410 bakeries. According to the companies website, each bakery still has the warmth and nostalgia of its home-kitchen roots but with a modern approach for the world today.

Some of the cakes offered include 8″ and 10″ bundt cakes, tiered bundt cakes, and bundtlets. Most of the Nothing bundt Cakes locations include a variety of ingredients to choose from and over sixty unique handcrafted cake designs that can be customized for any occasion throughout the year.

As of now, an official grand opening date has not been announced. You can join the company eClub via their website www.nothingbundtcakes.com