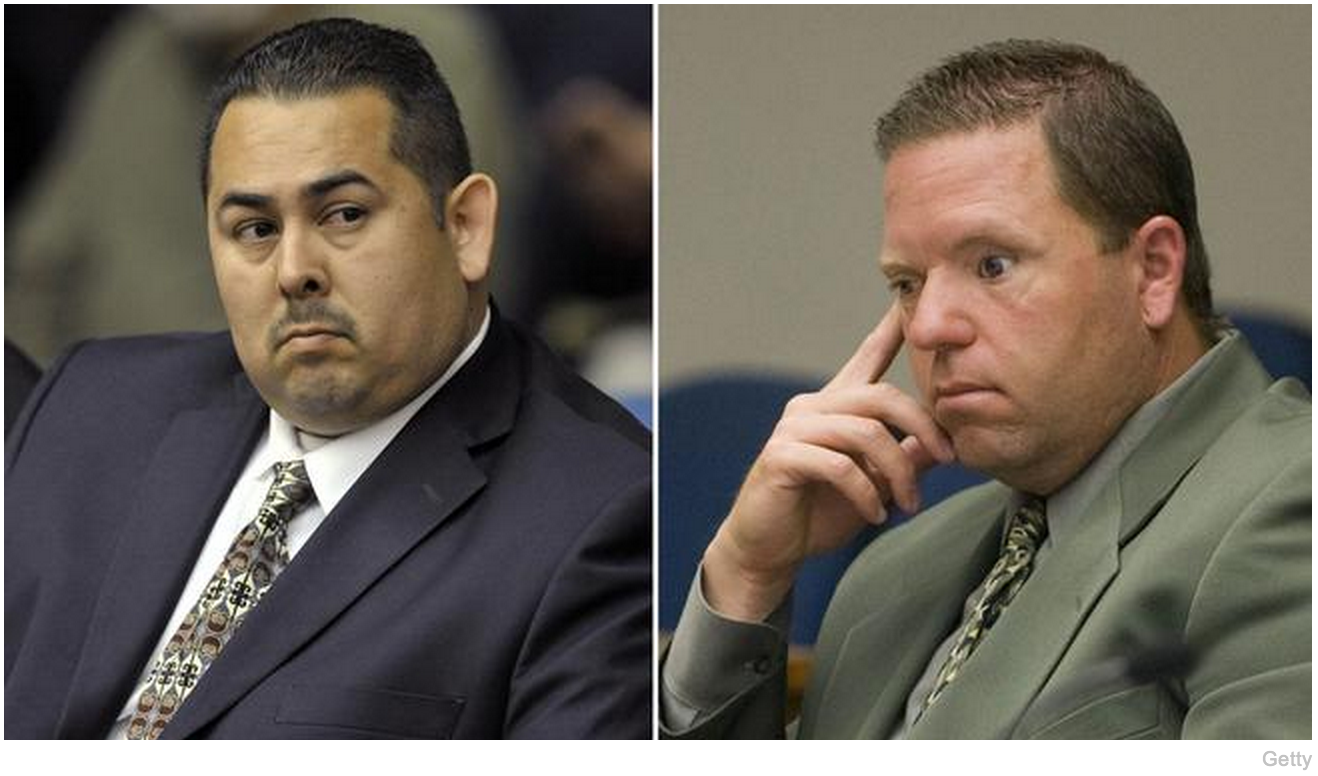 The two former police officers were acquitted of all charges and the reaction was emotional on both sides after the verdict was read.

Thomas, 37, died five days after a violent confrontation at a Fullerton transit station with six officers in July 2011. The incident was caught on surveillance video.

On Monday, January 13, 2014 jurors found Manuel Ramos, 39, and Jay Cicinelli, 41, not guilty of involuntary manslaughter in the death of Kelly Thomas, who died unconscious in a hospital five days after he was involved in a violent altercation with officers outside a Fullerton transit station on July 5, 2011.

“We respect the jury’s verdict, and appreciate the consideration the jury gave to the evidence. We understand that there may be a wide variety of reactions to the verdict and encourage anybody who wishes to express their feelings to do so respectfully.

“Over the course of the past two and a half years the City of Fullerton Police Department has taken significant steps to make it the best department possible. As Fullerton’s new Police Chief, I will make sure those efforts continue so that our police department serves the community with honor, integrity and professionalism.”

Thomas family is expressing outrage over the not guilty verdict.

Ron Thomas, Kelly Thomas’ father, said he was stunned by the verdict, saying he’d never seen such a miscarriage of justice.

Thomas also suggested that federal authorities should look into the case.

Ramos’ attorney, John Barnett, told reporters: “These peace officers were doing their jobs…they did what they were trained to do.”

“I don’t intend to proceed with another trial when the two officers here were acquitted,” he told reporters.

The jury took less than a full day of deliberation to reach the not-guilty verdicts.