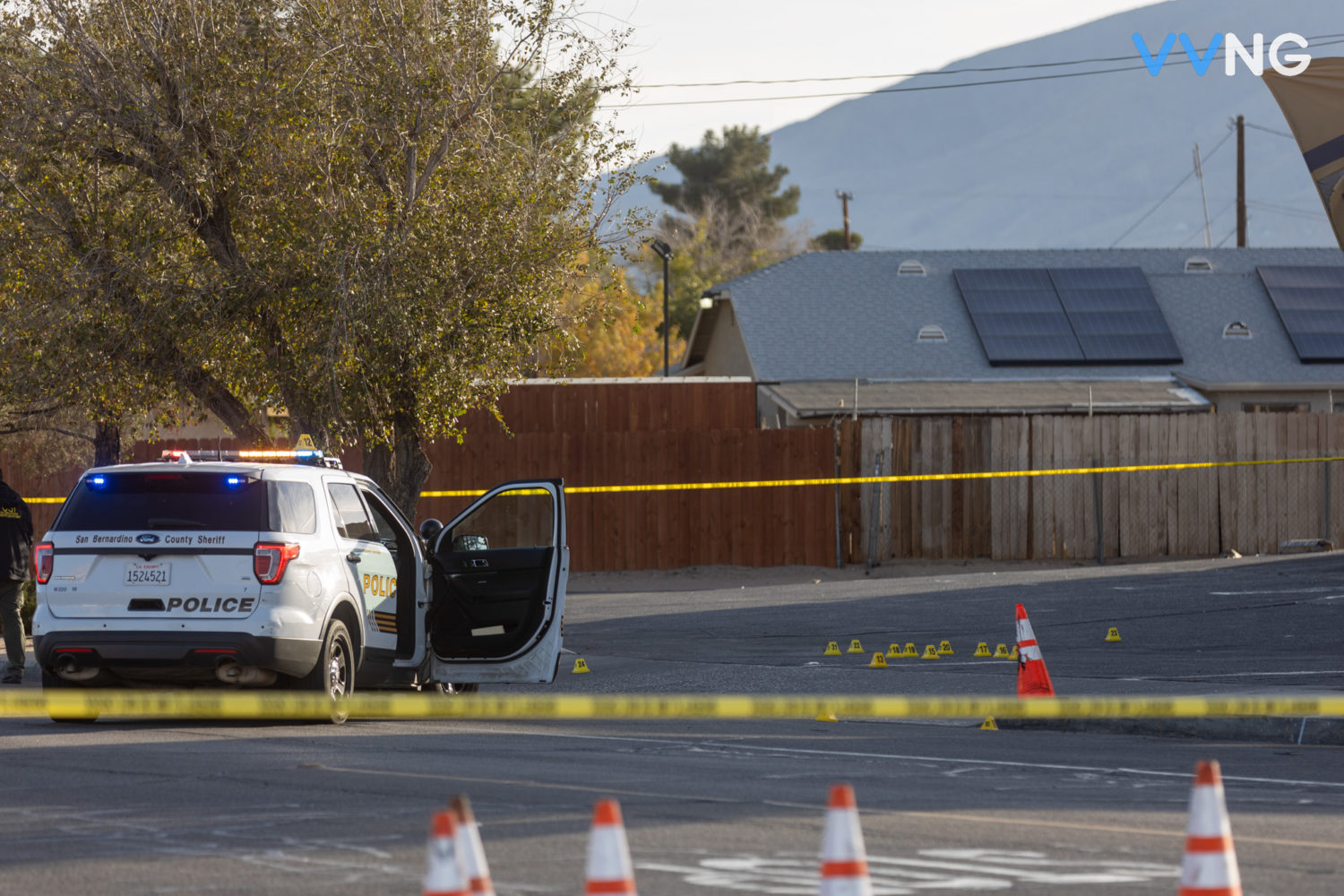 HESPERIA, Calif. (VVNG.com) — A 26-year-old Norwalk man was arrested after intentionally crashing into a patrol vehicle that ultimately resulted in a deputy-involved shooting on the Mesa in Hesperia.

On Saturday, November 20, 2021, at approximately 1:04 a.m., deputies were requested to respond to Circle K in the 8100 block of I Avenue. A caller reported a male subject was driving a vehicle through the parking lot of the business and causing a disturbance.

Upon arrival, deputies conducted a traffic stop on the vehicle driven by the subject, later identified as Anthony John Vasquez refused to cooperate and comply with the deputy’s commands.

According to a sheriff’s news release, Vasquez accelerated his vehicle in reverse, toward one of the deputies, and struck another deputy before he collided with a parked sheriff’s patrol vehicle. A deputy involved shooting occurred.”

Officials said Vasquez was not struck during the incident and fled from deputies in his vehicle.

“Vasquez stopped his vehicle a short distance from the scene and surrendered to the deputies. The deputy struck by Vasquez’ vehicle was treated for his injuries at a local hospital and released. No other injuries were sustained,” stated the news release.

Investigators with the Sheriff’s Specialized Investigations Division responded and are conducting the investigation. Vasquez was arrested and booked at High Desert Detention Center for assault with a deadly weapon. Vasquez posted bail and was released from custody on November 21, 2021.

Anyone with information or anyone who may have witnessed the incident is asked to contact Robert Ripley, Specialized Investigations Division at (909) 387-3589. Callers can remain anonymous and contact WeTip at 800-78CRIME or www.wetip.com.