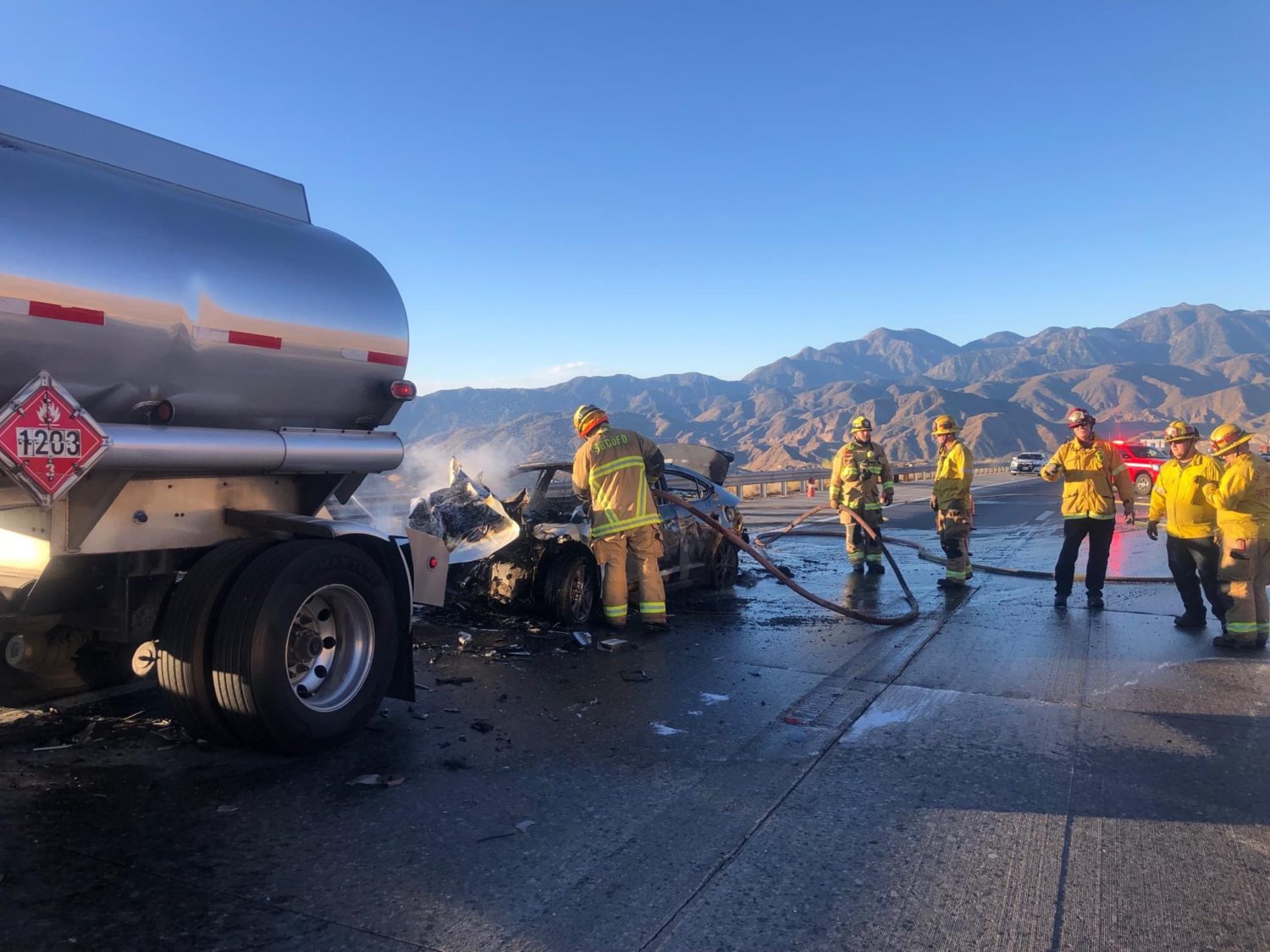 CAJON PASS, Calif. (VVNG.com) — All lanes of the northbound I-15 freeway have reopened following an early morning fatal crash in the Cajon Pass.

At about 6:44 am, on November 22, 2021, San Bernardino County Fire was dispatched to a crash involving a vehicle and a fuel tanker truck just south of Oak Hill Rd.

Upon arrival, firefighters located the vehicle described as a silver Hyundai Accent fully involved with fire spreading into the vegetation.

Crews worked quickly to knock down the fire and prevented it from spreading further into the brush and the fuel truck.

Firefighters pronounced one person deceased at the scene.

According to the California Highway Patrol incident logs, the 18-wheeler truck was disabled on the right shoulder when the silver four-door sedan attempted to pass another semi and slammed into the fuel truck. The vehicle was reported to be driving recklessly prior to the collision.

The incident prompted CHP to shut down all lanes of the northbound I-15 freeway for approximately one hour before just one lane was opened. By 9:42 am, all lanes were reopened.

The identity of the deceased is pending notification of next of kin and will be released by the San Bernardino County Coroners office. The official cause of the accident is under investigation by the Victorville CHP.

Related Topics:15 freewayaccidentTraffic
Up Next

Woman airlifted after being ejected in rollover crash on Ranchero Road