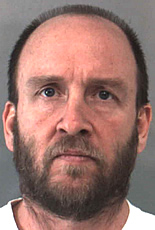 NORCO: On December 20, 2013, Jurupa Valley Station deputies assigned to the city of Norco, responded to a residence in the 4800 block of Roundup Road, in reference to a recent child molestation investigation. After the deputies ensured the safety of the victim, and confirmed that a child molestation crime occurred, station detectives were called to the scene.

Detectives assigned to the city of Norco arrived and assumed control of the investigation shortly thereafter. Detectives determined that the suspect had sexually molested a child over a several-month period of time.

On December 30, 2013, Norco detectives located and arrested the suspect in the city of Riverside.

44-year-old Riverside resident, Elmer Thompson, was arrested and booked into the Robert Presley Detention Center for multiple counts of child molestation related charges.  His bail is set at $1,000,000.00.

Anyone with additional information regarding this incident is encouraged to contact Detective Gasparini at the Jurupa Valley Station (951) 955-2600.