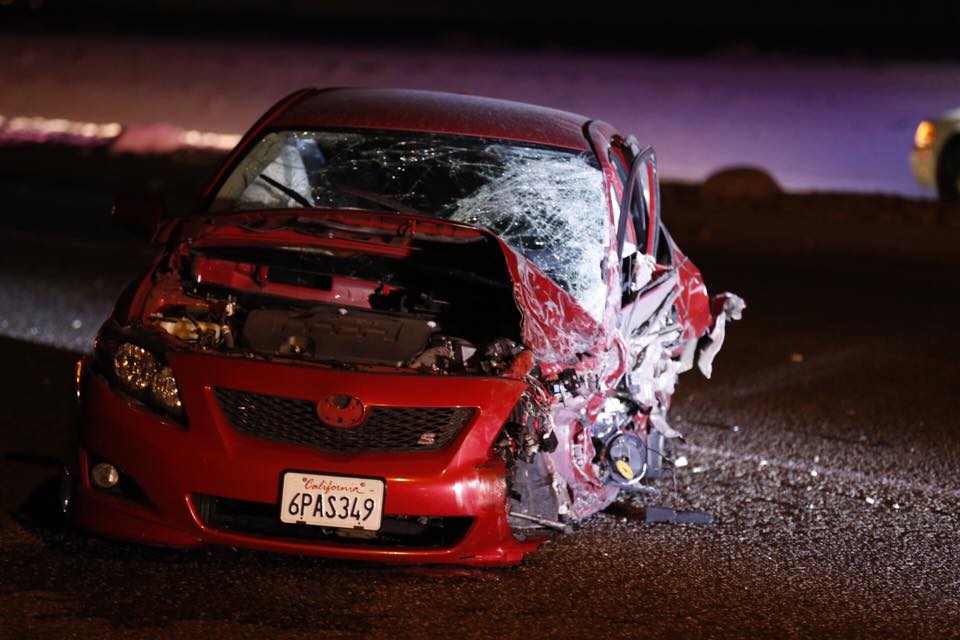 VICTORVILLE – (VVNG.com)- At approximately 8:30 p.m., on Thursday, November 13, 2014 Sheriff’s dispatch received a report of a traffic collision on Mojave Drive near Amethyst Road.

The collision involved a red Toyota Corolla and a dark-colored pick up truck. According to the male driver of truck he had just made a left hand turn from Amethyst and was heading west bound on Mojave Drive. He was distracted by flashing police lights that caused him to jump over the center divider. He collided into a red Toyota Corolla being driven by a female that was traveling east bound Mojave Drive.

After the impact the truck was lodged in between the center divider. The Corolla spun around several times, according to a witness. Miraculously all parties were not seriously injured and did not require medical attention.

Mojave Drive was closed between Cobalt Road and Amethyst Road for about two-hours while the scene was cleared.

Surgeon Diagnosed with Ebola Coming to the United States