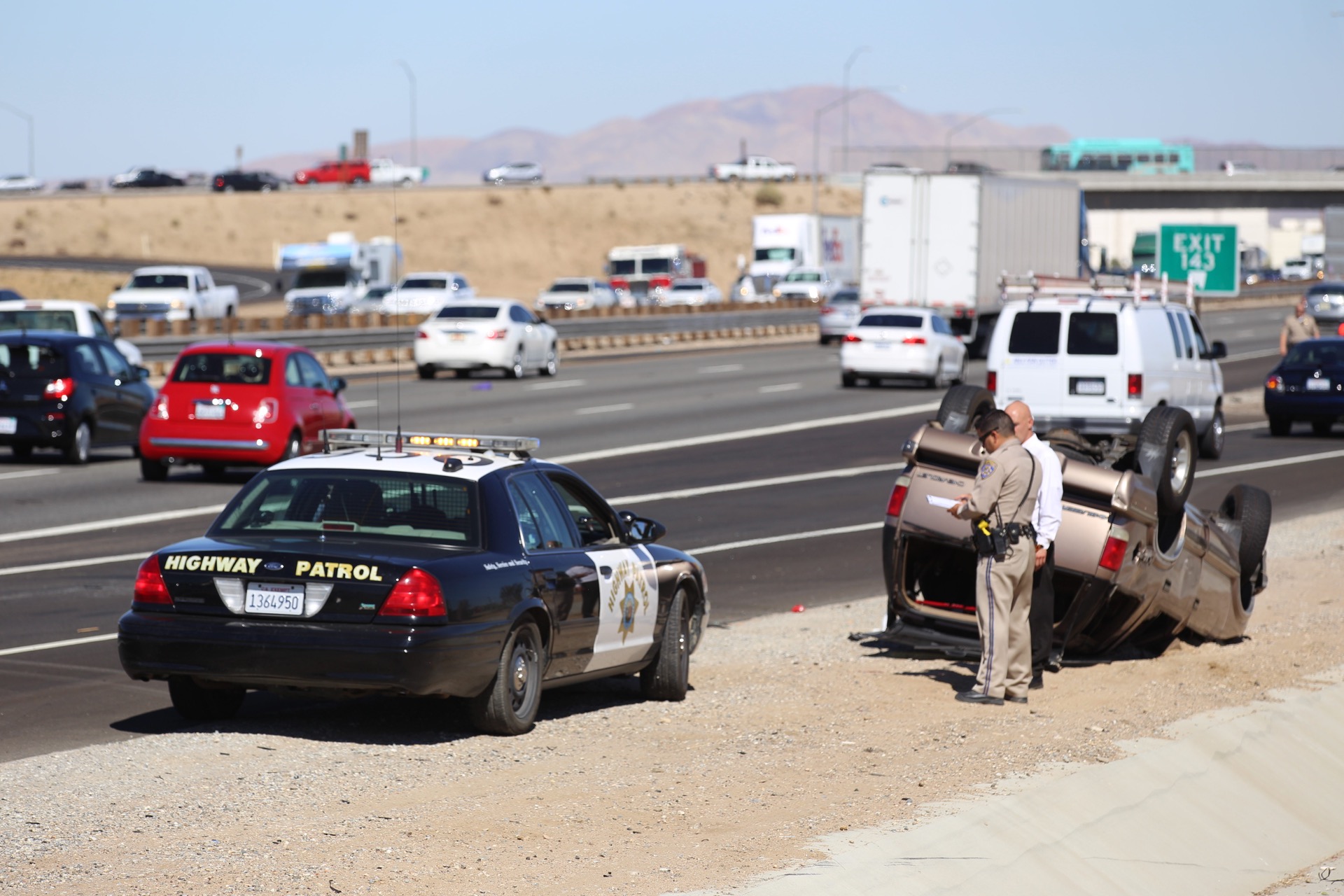 Per CHP incident logs, the rollover crash was reported at 12:39 p.m. on the northbound 15 freeway south of Main Street.

When officers arrived on scene they located a gold colored Chevy SUV on its roof along the shoulder of the freeway. A black Mini Countryman with front passenger side damage was stopped approximately 200 feet away.

No serious injuries were reported as a result of the crash.

CHP officials were not immediately available to comment on the cause of the crash.