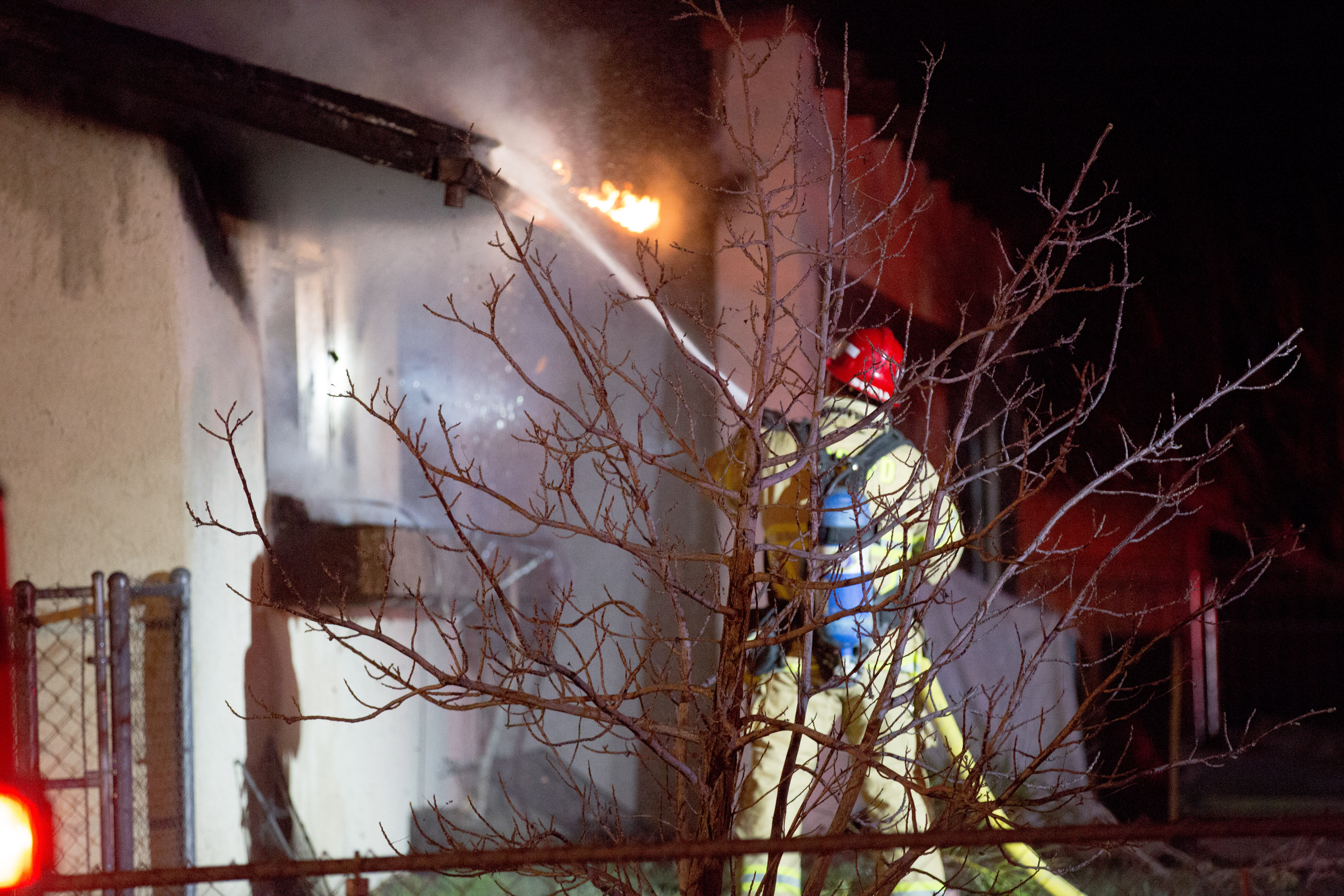 VICTORVILLE, Cali. (VVNG.com) No injuries were reported after a home caught fire in Victorville Wednesday night.

The fire was reported around 9 p.m. at a corner home located on Placida Road and Tawney Ridge Lane.

The flames were contained to a small portion of the house after firefighters from the San Bernardino County Fire Department arrived and knocked down the fire within 20 minutes.

A nearby resident said the homeowners were in the process of moving and the house is believed to be unoccupied.

Deputies are reviewing surveillance recorded by neighboring houses to determine if any person was captured fleeing the home.