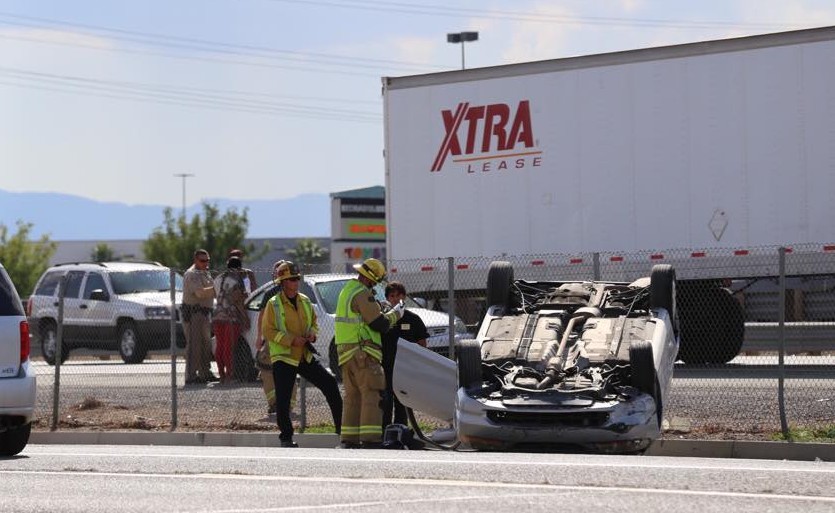 VICTORVILLE:(VVNG.com)- On Tuesday, September 8th at approximately 4:00 P.M., dispatch received a report of a single vehicle roll over on the 15 freeway.

The vehicle, a silver Honda Accord, was traveling on the northbound 15 just north of Bear Valley Road when for unknown reasons the driver lost control of the vehicle. The Honda crashed through a chain linked fence, rolled off the freeway, and eventually landed on its roof onto Mariposa Road.

According to witnesses at the scene, no injuries were reported by the male driver.

The roll over temporarily blocked both southbound lanes on Mariposa Road. A tow truck arrived on scene and removed the vehicle from the roadway.

At this time the official cause of the accident in under investigation. More information will be updated as it becomes available.